Please ensure Javascript is enabled for purposes of website accessibility
Log In Help Join The Motley Fool
Free Article Join Over 1 Million Premium Members And Get More In-Depth Stock Guidance and Research
By Todd Campbell – Updated Apr 18, 2019 at 11:21AM

Here's how the first quarter of recreational-marijuana sales in Canada affected these giant marijuana stocks.

Canada's two largest cannabis companies unveiled their quarterly results this week, and the results show that Canopy Growth (CGC 4.41%) and Aurora Cannabis (ACB -1.64%) remain locked in a battle to dominate what could become a $200 billion marketplace someday. The quarterly reports are particularly important because they give investors the first glimpse at how recreational marijuana use may affect future sales and profitability. Let's take a closer look to see which of these companies is making the most of this tantalizing market so far.

Investors are giving a lot of attention to planned annual marijuana production capacity, but the number that really matters is how many kilograms of product each of these companies is pushing out the warehouse door every quarter. 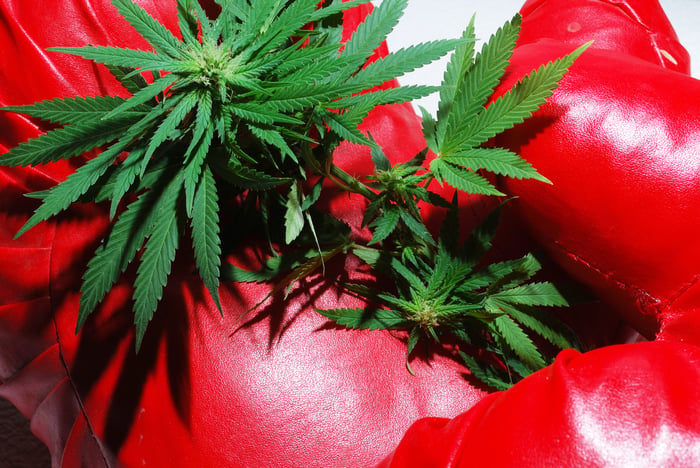 In the quarter, Canopy Growth remained king, selling 10,102 kilograms of marijuana and marijuana equivalent products, including oils, while Aurora Cannabis sold nearly 7,000 kilograms. Although Canopy Growth retains the title as the bigger of the two in terms of selling product, it's hard to knock the 502% year-over-year increase at Aurora Growth. The two companies are both plowing big money into their grow facilities to increase yield, though, so it's too soon to say Aurora Cannabis can close the gap.

The increase both companies have seen in kilograms sold means each of them delivered significant top-line sales growth during the quarter. What's worth watching, though, is pricing power and product mix, because that could be what separates these two stocks in the future.

Aurora Cannabis grew more quickly, but its selling prices per gram fell more than Canopy Growth's in the past year. Aurora Cannabis didn't reveal its overall average price per gram, but with dried cannabis and extract prices falling more than 20% in the period, it's safe to assume a 20%-plus drop across all products sold.

One reason Canopy Growth's prices may have held up better than Aurora's last quarter is product mix. Higher-priced extracts, including oils and softgels, represented 33% of Canopy Growth's revenue last quarter, up from 23% in the same quarter last year. At Aurora Cannabis, oils and extract sales were only 22% of net sales last quarter.

As more dried cannabis becomes available because of industrywide investments in grow capacity, it will become increasingly important for these companies to boost sales of value-added products that shore up pricing power.

Canada's marijuana market could grow to CA$12 billion, and that has Canadian cannabis companies spending mountains of money to build up their operations. Canopy Growth and Aurora Cannabis are no exception. To make sure they remain the world's two largest marijuana companies, they're adding people, grow space, and processing facilities, and they're investing in research. In short, soaring expenses are far outstripping sales at both companies.

Spending to establish a leadership in this market is the right move, but that doesn't mean we shouldn't consider how these companies are spending investors' money and whether one may be better able to translate future sales into net income. One way we can do that is by comparing how much of net sales they're spending on different operating expenses and their gross margin, or the percentage of revenue left over after subtracting cost of goods sold from sales.

For instance, Aurora Cannabis' spending on general and administrative expenses increased to 81% of revenue from 65% of revenue in the same quarter last year, but its sales and marketing expenses fell to 42% from 44% of sales over the period, and although its share-based compensation expense more than doubled, it declined to 35% of net sales from 64% of net sales year over year.

Canopy Growth is blaming its low gross margin last quarter on expenses associated with expansion efforts that weren't "fully commissioned" yet, but even if we factor out those costs, Aurora Cannabis' gross margin is still higher. Because they're committing a similar amount of revenue to total operating expenses, but Aurora Cannabis has the better gross margin, I have to give it the edge this time.

Advantage: Aurora Cannabis, by a nose.

This was a transformative quarter for Canopy Growth and Aurora Cannabis. Sales skyrocketed with the start of recreational sales in Canada, but so did expenses. Overall, I think they're both long-term buys for growth investors, but if I had to pick the one I felt put up the better report last quarter, I'd have to go with Canopy Growth. Yes, Canopy Growth's gross margin stumbled, but one quarter doesn't make a trend, and its total sales, market share, and pricing power solidify its position as the cannabis company everyone else has to catch up to.