Long ago, it was thought that Apple's (AAPL 0.90%) iPad -- and, by extension, the category of tablet computers -- would be the "next big thing" in the computing market.

Those predictions, suffice it to say, were wrong.

Although Apple's iPad hasn't enjoyed anywhere close to the success of the company's iPhone product line, the product category still contributed $18.8 billion in revenue to Apple's business during its fiscal year 2018, making up close to 7.1% of the company's total revenue. 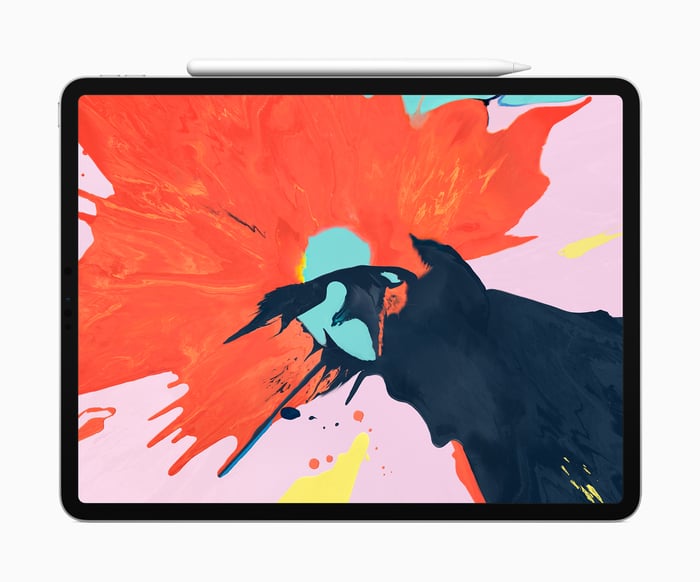 According to a new report from respected analyst Ming-Chi Kuo with TF International Securities, Apple looks set to try to keep the momentum in its iPad business with a flurry of new product launches across calendar year 2019. Let's take a closer look at what Kuo had to say.

Everything gets an update

Per Kuo, Apple is upgrading its entire iPad product portfolio in calendar year 2019. The company will reportedly release updated versions of its high-end iPad Pro tablets, upgrade its mainstream iPad product with a larger 10.2-inch display (the current model has a 9.7-inch screen), and even introduce an upgraded iPad Mini -- something that Apple hasn't done since the fall of 2015. Kuo says the main upgrade to the iPad Mini will be an upgraded applications processor.

Apple has been pretty good about updating the regular iPad at a regular cadence, but its iPad Pro upgrades have tended to be more sporadic. For example, the original iPad Pro with a 12.9-inch screen was released in November 2015, but didn't receive a successor until June 2017 -- a gap of more than 18 months.

Apple also didn't release its third-generation iPad Pro tablets until November 2018, nearly 1 1-2 years after the launch of the second-generation models.

If Kuo is right that Apple is planning to introduce new iPad Pros sometime this year, then it'll have been just around a year between the launches of the third-generation and fourth-generation iPad Pro tablets.

A quicker product-refresh rate means that Apple's innovations make it to market sooner, which could ultimately serve to accelerate the company's iPad revenue growth.

Apple could also enjoy a reasonable boost to its iPad business from the introduction of an updated iPad Mini.

With the iPhone business set to suffer from steep declines over the current fiscal year, it's more important than ever for Apple to try to cultivate new sources of revenue growth.

Looking out even longer-term, if Apple can strengthen its non-iPhone franchises, and then the iPhone business finds a bottom and perhaps begins to grow again, Apple should be able to deliver even better growth than it otherwise would have.

Apple certainly has its work cut out for it, but I'm encouraged by this report about the company's 2019 iPad lineup. I hope the company continues to work to strengthen its iPad business in the coming years.