Please ensure Javascript is enabled for purposes of website accessibility
Log In Help Join The Motley Fool
Free Article Join Over 1 Million Premium Members And Get More In-Depth Stock Guidance and Research
By Ashraf Eassa – Updated Apr 16, 2019 at 10:56AM

The pivot to services should help improve the tech titan's growth, but hardware is still critical.

A lot has been said about Apple's (AAPL -2.63%) apparent doubling down on its services business, which includes everything from the cuts that it collects from App Store sales to its streaming music offering known as Apple Music. As the company's core iPhone franchise slows, its services business has proven itself to be a beacon of hope for Apple investors. Indeed, last quarter, Apple reported that although its iPhone revenue was down 15% year over year, its services business grew by 19.1%.

The narrative that Apple is shifting its focus to services was further bolstered by a recent Wall Street Journal (subscription required) report claiming that it "is shaking up leadership and reordering priorities across its services, artificial intelligence, hardware and retail divisions as it works to reduce the company's reliance on iPhone sales." 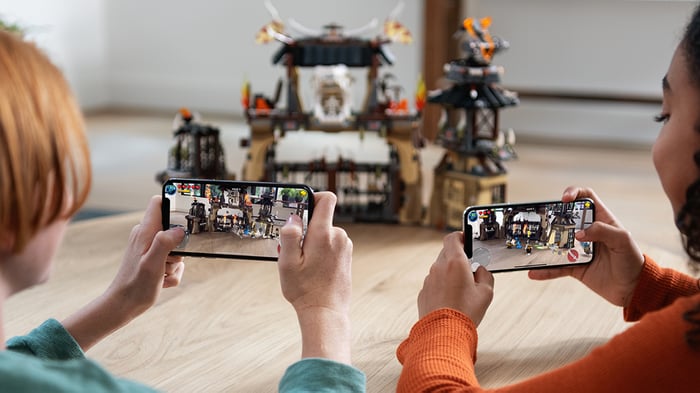 Despite all of this, investors still shouldn't lose sight of the fact that, for Apple, hardware sales -- not services -- will still likely constitute the bulk of the company's revenue, profits, and ultimately market value for the foreseeable future. Here's why.

A best-case scenario for services

Spotify's current market capitalization is a little under $27 billion, Netflix is worth an eye-popping $158 billion, and PayPal's market value is $111 billion. Summing up these values yields $296 billion.

While that figure certainly is impressive, it's also important to put it into context: Apple's market capitalization dropped by roughly that amount from its recent peak thanks to weaker-than-expected iPhone sales in China.

On top of that, keep in mind that it's by no means a surefire guarantee that Apple Music, Apple Pay, and the company's upcoming video-streaming service will all be as successful as their stand-alone peers. What this means is that it's more likely that Apple's competitors to those services, in aggregate, won't be as valuable as those stand-alone players.

Put another way, 78.7% of the company's total gross margin dollars came from hardware while the remaining 21.3% came from services.

Now, over time, if the company's services business continues to outpace the rest of the business (last quarter, services revenue grew 19.1% year over year as hardware sales dropped 7.2%), the gap between the hardware and services gross margin dollars will continue to shrink. However, at least for now, hardware is such an overwhelmingly dominant contributor to the company's total gross margin dollars that it'll be a long time before they could get even close to parity.

Moreover, while Apple's hardware business is currently in a funk thanks to declining iPhone shipments, its ambition shouldn't be to just continue to let those declines happen -- the company will surely be working to try to get its iPhone product line back on a growth path. Apple also seems to have some good stuff in the works on the iPad side of things and is working to iterate on more minor products like its AirPods.

Apple is smart to broaden its business portfolio to include a wide range of services and, if the company does things right, its services business should continue to drive solid revenue and profit growth. And, yes, I do think that services will become a larger, more important part of Apple's business over the long term.

At the same time, I continue to believe that the company's hardware businesses will remain its largest sources of both revenue and operating income for the foreseeable future. The services business is complementary to that lucrative hardware franchise and, in fact, much of that segment's success (e.g., the revenue that it generates from app purchases) is directly tied to Apple's hardware success.