iQiyi (NASDAQ:IQ) used its recent fourth-quarter conference call and earnings documents to lay out plenty of exciting figures for investors to home in on. Sales for the period came in significantly ahead of the market's expectations, rising 55% year over year to reach $1 billion.

The trajectory of big operating-loss increases continued as well, with losses for the quarter rising to $500 million. That brought the company's total net loss after its first year of public reporting as a stand-alone company to roughly $1.3 billion.

The increasingly bold red ink is a doozy, even when taking iQiyi's connection to parent company and Chinese search giant Baidu (NASDAQ:BIDU) into account. And a half-billion-dollar operating loss might reasonably be expected to have driven sell-offs after earnings. Instead, shares have climbed roughly 20% after the release -- and another huge number that was hinted at in the company's conference call likely has a lot to do with the big gains.

iQiyi moves toward 120 million subscribers in 2019

The most exciting figure to come out of iQiyi's recent earnings report wasn't mentioned explicitly. Laying out the company's expected subscriber growth for 2019, the company's director of investor relations Dahlia Wei said: "We remain optimistic about the membership business in 2019. We would like to reiterate that we think the net additions in this year will be pretty much similar as the net additions we achieved in year '18."

With iQiyi having posted 36.6 million member additions across 2018 to end the year at 87.1 million subscribers, a similar performance in 2019 would have the company wrapping the year with somewhere in the neighborhood of 120 million paid members. That's a number that should delight iQiyi shareholders, particularly in light of strong momentum for other areas of the business. 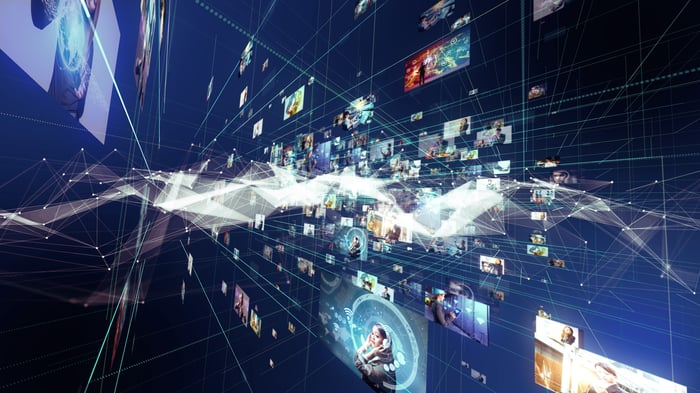 For 2018, iQiyi's member services revenue grew 72% year over year -- in line with the 74% growth that it posted in its paid subscriber rolls to jump from 50 million to 87 million members across the year. If that membership-growth-to-services-revenue dynamic holds, that would put the company's member services revenue on track to grow somewhere between 35% and 40% this year. Coming in at the high end of that target would see the subscription segment alone do roughly $2.1 billion in sales across 2019.

If dropping from 74% growth to 40% growth sounds worrying, it shouldn't. Big growth at other segments is part of the reason, but it's worth examining what might look like a big growth deceleration solely within the context of the subscription businesses.

iQiyi has to spend money to produce new content for its platform, but the cost to produce a given show or film series should not be hugely affected by the amount of subscribers on the service. The company does have to create new properties to broaden the appeal of its platform, and fresh content is a big factor in customer acquisition costs. But per-user content costs should drop substantially as the subscriber base scales. It's also worth pointing out that a 40% growth target for membership services revenue in 2019 does not include any price hikes or other monetization within the segment, and could actually prove conservative.

Check out the latest earnings call transcript for iQiyi and Baidu.

iQiyi's smaller businesses are getting bigger

Another reason to like the current outlook for the member services business is that it's not iQiyi's only growth engine. Advertising revenue continued to grow at a solid clip in 2018, rising 21% on the year and roughly 9% in the year's final quarter, indicating there may be some deceleration there. However, the company's distribution segment and other-revenues segment continue to emerge as substantial components in the growth engine, and there are still long-term growth avenues for the ad-supported business.

iQiyi's other-revenues segment (which consists of online games, merchandising, comics, social media services, and other products) posted 105% growth in 2018 and 129% year-over-year growth in the fourth quarter. Management cited strong performance across multiple businesses in the segment as well as the integration of video game developer Chengdu Skymoons for the big gains.

More visibility into the individual components driving the big increase would be nice, particularly what portion of sales came from Skymoons -- which the company acquired in a $300 million deal last year. However, with roughly $160 million in sales across the fourth quarter, the segment's revenue contribution is now substantial and has the markings of a meaningful sales pillar. Taken in conjunction with the $76 million that the company recorded for its distribution segment in the fourth quarter (up 137% year over year), it's clear that iQiyi has promising irons in the fire.

It's instructive to look at the shift that's happened at iQiyi across just four quarters. Online advertising accounted for the plurality of sales in the company's first publicly reported quarter -- with the ad unit's $336 million in revenue narrowly edging out the subscription segment to claim the top spot and account for 43% of total sales.

By the fourth quarter, member services had climbed to 46% of sales despite big growth for the distribution and other revenues segments -- and online advertising accounted for just 32% of the $1 billion in revenue across the period. Subscription services has become the company's core business, and the segment looks strong.

Even if the company's membership growth were to decelerate substantially next year --  say, to 20 million members across 2020 -- that conservative trajectory still has iQiyi hitting 140 million subscribers in relatively short order. With that kind of user base, the company really starts to wield a sizable sales base and can better leverage economies of scale on the content side of things.

iQiyi's massive spending push starts to look a lot more reasonable in that context. And comments from management suggesting that content production and acquisition costs should begin to fall in the near future suggest other positive margin tailwinds. There's still a long runway for growth in subscription revenue, and the impact of pricing increases down the line will be even more substantial thanks to rapid member growth. Factor in promising trends for the company's distribution and other-revenues segments, and iQiyi's growth story looks to be heating up.