Heidrick & Struggles International ( HSII 3.12% ) stock is hopping today, up 23.2% as of 12:35 p.m. EST, after the company reported blowout earnings for its fiscal fourth quarter last night. 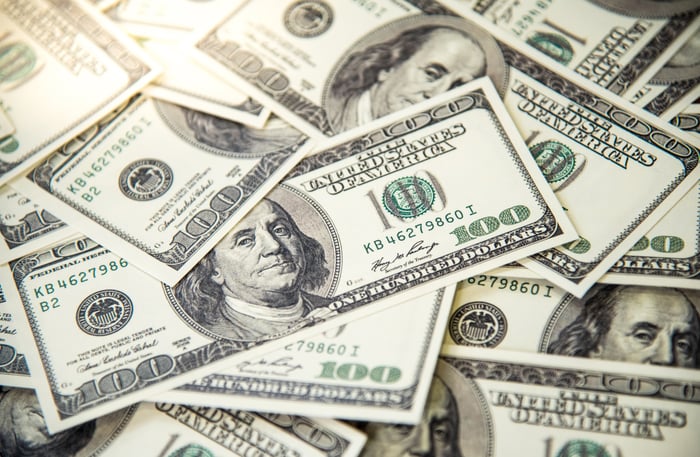 Total revenue for the quarter increased 10% year over year to $191 million. Profits for the quarter were much better than the $2.09 per share in losses Heidrick & Struggles suffered in Q4 of 2017.

On the cash flow statement, quarterly free cash flow increased 22% year over year to $124.8 million, helping to offset cash burn earlier in the year, and leaving Heidrick with total free cash flow generated for the year of $96.9 million -- a staggering 83% increase over 2017.

Speaking of free cash flow, Heidrick & Struggles CFO Mark Harris noted that "by generating strong adjusted free cash flow, we have the flexibility to" both continue investing in growth and also reward its shareholders with cash returns. Accordingly, Heidrick announced it will be increasing its quarterly dividend by 15% to $0.15 per share.

The company also noted that it has "$21.7 million remaining" in its share buyback authorization, a second potential avenue for returning cash to shareholders now that Heidrick has plenty of cash to spare.

Why Shares of Hendrick & Struggles Are Higher Today