These three stocks could be outstanding growth plays.

Mid-cap stocks are often a perfect fit for investors. With market caps ranging from $2 billion to $10 billion, these stocks tend to sport reasonable share prices (below $100 a share), less volatility than their small-cap peers, and exceptional growth prospects.

We asked three of our Motley Fool contributors which mid-cap stocks are at the top of their respective buy lists right now. They picked Intercept Pharmaceuticals (ICPT 8.62%), Ubisoft (UBSFY -1.79%), and XPO Logistics (XPO -1.50%). Here's why. 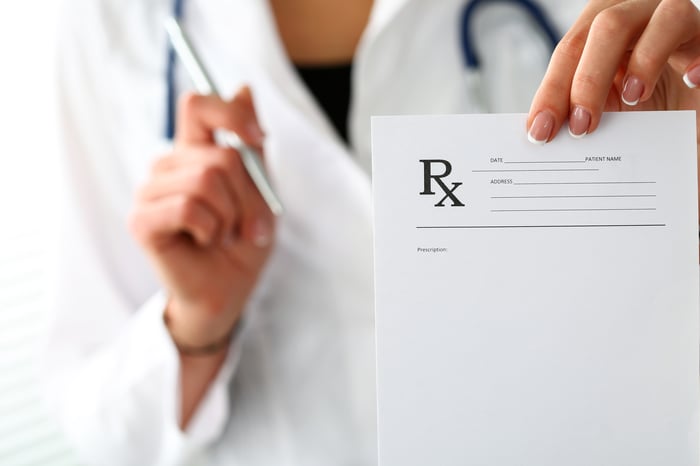 Given the sheer size of the commercial opportunity, Intercept's shares initially spiked on the news that Ocaliva did in fact meet one of the study's two primary endpoints. Specifically, the company reported that patients receiving the 25-milligram dose of the drug exhibited an improvement of at least one stage in liver fibrosis, with no worsening of NASH at the 18-month interim analysis.

However, the drug failed to reach statistical significance on the other primary endpoint -- NASH resolution compared to placebo, again with no worsening of fibrosis. Adding fuel to the fire, a whopping 51% of patients in the 25-milligram arm reported experiencing pruritus (itching). These two sour notes caused Intercept's shares to abruptly reverse course and eventually lose over 21% of their value in just the past five trading sessions.

This marked sell-off, however, could represent an outstanding entry point for long-term investors. The heart of the matter is that these late-stage results, albeit a mixed bag, should be good enough to warrant regulatory approval for Ocaliva's proposed NASH indication. And as the first drug to market for this unmet medical need, Ocaliva should be able to rack up some truly astounding sales figures in short order.

Now, the bad news is that Ocaliva's NASH sales probably won't be sustainable. A host of other promising NASH drugs could hit the market within the next two to three years -- some of which would likely displace Ocaliva as the gold standard. In the meantime, though, Intercept's shares should begin to reflect this sizable commercial opportunity -- even if it turns out to be fleeting.

A French video game company with room to rebound

Keith Noonan (Ubisoft): Video game stocks have been hit hard over the last six months, as a confluence of risk factors has claimed the spotlight and prompted investors to reassess the industry's outlook. Questions about whether the sale of in-game virtual goods can continue to drive earnings, a more challenging path to growth in the Chinese market in light of stricter regulations, and concerns among some analysts and industry watchers that the popularity of Epic Games' Fortnite will make it harder for other titles to succeed all seem to be shaking investor confidence.

This has caused Ubisoft's shares to dip roughly 25% over the last six months, pushing its market capitalization to roughly $8.5 billion -- below the $10 billion threshold that's often used to separate mid-cap and large-cap stocks. The threats facing Ubisoft shouldn't be written off, but there's a good chance that the company will deliver the performance needed to climb back into the large-cap designation.

Digital sales growth is still proceeding at a healthy clip -- with net bookings climbing 33.9% in the company's recently reported third quarter. The road to growth in China could be somewhat rocky due to content regulators, but Ubisoft has a promising partnership with Tencent Holdings and still has avenues to big growth in the Middle Kingdom as the video game market in the country expands. And while it's true that video games compete against each other for player time and spending, the concerns about Fortnite are probably overblown.

Ubisoft has had significant success in transitioning some of its biggest properties to the games-as-a-service model, and franchises like Rainbow Six are generating strong player engagement and setting the company up to enjoy continued momentum with esports. The company's trailing price-to-earnings ratio of roughly 25 might not look cheap, but it sits in the neighborhood of five-year lows, and it wouldn't be surprising to see the stock rebound.

An e-commerce leader on sale

Jeremy Bowman (XPO Logistics): Right now might seem like an odd time to recommend buying XPO Logistics, a leader in last-mile delivery of heavy goods like furniture and appliances. The stock has lost more than half its value from its peak last September as the company warned on earnings, got attacked by a short-seller, and then issued disappointing 2019 guidance in its fourth-quarter report on Feb. 14, saying that revenue this year would increase just 3% to 5%. That sudden slowdown in growth is the result of its largest customer "substantially downsizing" its business with XPO and of a "more cautious view" in Europe.

The recent slide in the stock is no doubt disappointing to longtime investors, as is the reduced growth view for the current year, but the sell-off offers a buying opportunity for long-term investors as XPO's position in the growing e-commerce logistics industry still looks strong.

After earlier promising to spend as much as $8 billion on acquisitions, management said that it would instead focus on share buybacks to take advantage of the low stock price, and authorized a $1.5 billion share buyback program, after quickly exhausting a prior $1 billion repurchase authorization in less than two months. The effects of those repurchases will likely show up in the next earnings report, as they didn't start until December 2018. With a market cap now under $7 billion, those buybacks should give earnings per share a substantial boost, compensating for a lack in near-term profit growth.

A year from now, when XPO has weathered the impact of the customer downsizing and has significantly fewer shares outstanding, the stock could be in a much better position.

Check out the latest XPO and Intercept earnings call transcripts.

3 Stocks Your Children Could Brag About Owning Someday

3 Growth Stocks That Could Put Shopify's Returns to Shame
413%