Shares of the meal-kit provider dropped on a sale from a major investor and bad news from a key partner.

Shares of Blue Apron (APRN 6.20%) were sinking today after Bloomberg reported that 15 million shares of the stock were being offered at $1.15, representing an 11% discount to the stock's $1.29 closing price yesterday. Blue Apron has not made any announcement on the offering, and the Bloomberg report cited "a person familiar with the matter." A disappointing earnings report from its new partner WW International (formerly Weight Watchers) (WW -9.00%) also appeared to weigh on the stock. 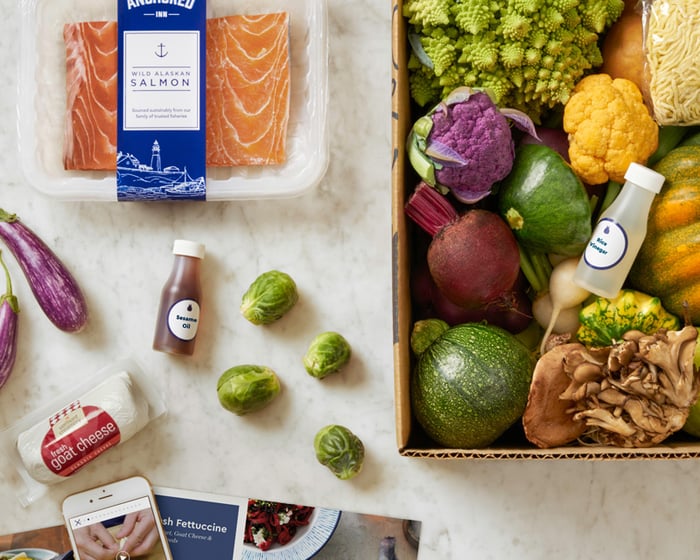 Assuming the Bloomberg report is true, it's just the latest evidence that even inside investors are losing faith in the meal-kit provider. This is especially concerning because it represents a steep discount to Blue Apron's share price earlier this month.

The stock's slide today also comes after Blue Apron's new partner, Weight Watchers, plummeted on its own disappointing earnings report after it signaled struggles with subscriber growth and forecast that revenue would fall in 2019 and that profits would be much lower than Wall Street had expected.

Investors had initially pushed up Blue Apron stock on news of the partnership with the now-rebranded WW, but the wellness company's woes seem to cast doubt on those prospects.

Blue Apron shares are now down nearly a third from their heights earlier in February, and the stock has been volatile throughout its brief and fraught history. Management projected in its most recent earnings report that the company would be profitable on an adjusted EBITDA basis for both this year and the current quarter, but concerns about the company's ability to ever turn a GAAP profit still persist, especially as its revenue and customer base continue to fall.

With the share offering and the problems at WW, it's not a surprise to see the stock falling again.