Microsoft is a surprisingly strong player in AR.

Magic Leap is one of the hottest start-ups in Silicon Valley, raising $2.3 billion from names as big as Alphabet's Google and Alibaba Group. The augmented reality (AR) company has positioned itself as a next-generation technology leader and captured the imagination of investors, envisioning a world where everyone uses AR glasses in everyday life.

On the other side of AR is Microsoft (MSFT 0.07%), which has quietly built the HoloLens into a valuable platform for businesses around the world. It isn't trying to get the device into everyone's hands today, but its strategy may be more valuable for the industry long-term, and the newly introduced HoloLens 2 is a big step in that direction. 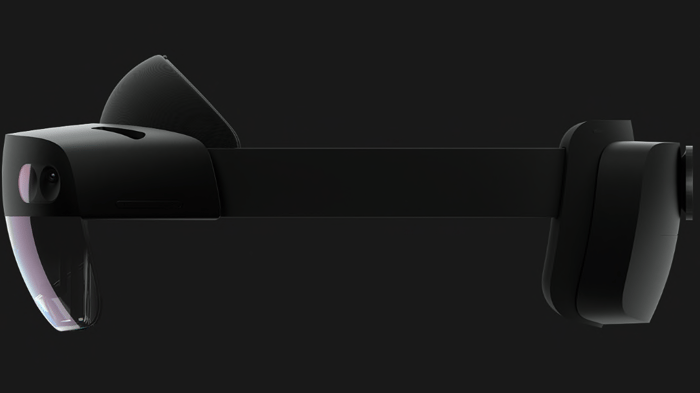 Microsoft has built the HoloLens to work for businesses that see augmented reality as a way to improve communication and save money. Architects can use the HoloLens to see their designs live in the field. This can ensure workers don't break a pipe in a wall, or identify conflicts between designs and real-world objects by overlaying digital designs in augmented reality.

HoloLens 2 builds on the strategy HoloLens started and improves the hardware, increasing the field of view and more than doubling the resolution. It also adds eye tracking, which should help users select items in augmented reality, and improves the hand tracking that's used to control the system.

We're also seeing Microsoft's "Mixed Reality" platform become truly a mix of realities. The video below shows a worker on a factory floor communicating remotely with someone on a computer to fix a problem in production. This could be extremely valuable for manufacturing and construction.

Applications like this might be small right now, but it's easy to see that they're where the value is being added in industry. And for a $3,500 price tag, there needs to be a lot of value to justify buying a HoloLens 2.

For now, HoloLens 2 will remain a commercial product, and probably won't turn up in the living room of friends and neighbors. But that's the way Microsoft wants it.

The company is building augmented reality for the applications where it's going to add the most value and increase adoption. That way hardware and software can be sold at a very high price point, making the economics palatable for early adopters and developers.

To go mainstream the price of the HoloLens would have to come down dramatically, and Microsoft would need to count on developers creating apps for the platform. That's what Facebook counted on in virtual reality when it bought Oculus, only to find out that there were only a few million people willing to buy a VR headset for home use -- far from the size needed to attract big developers.

Microsoft may eventually take AR mainstream, but it'll build the technology for commercial applications first to get the industry off the ground. Then as the user base grows we should see more consumer applications hit the device as the price comes down, which Microsoft hopes will create a virtuous cycle for AR. The company isn't betting the farm on consumers liking Magic Leap, because today that's not where the money is.

Microsoft is a dark horse in XR

The XR business -- which encompasses augmented, virtual, and any mixed reality -- is still very nascent, and as much as big tech companies have tried to build market share, they have yet to successfully build sustainable businesses. Microsoft is trying to make its name in AR by owning the commercial market, where there's arguably the best business case for all things XR. I think it's a strategy that has a strong likelihood of success, even if Microsoft XR devices are a long way from being household devices for the average consumer.

Microsoft Invests in ChatGPT and a Chip Startup; What Investors Need to Know
401%