Forgive the shareholders of Houghton Mifflin Harcourt (NASDAQ:HMHC) if they seem perplexed -- even a bit upset. They've got good reason to be.

On Thursday morning, the textbook publisher reported weak sales growth and a net loss for the fourth quarter. The thing is, though, that analysts had been expecting both of these things, and the loss Houghton Mifflin suffered was smaller than feared, while its sales growth was greater. Despite that, Houghton Mifflin stock sank sharply, and though it recovered somewhat throughout the morning, it remained down by 9.5% as of 12:45 p.m. EST. 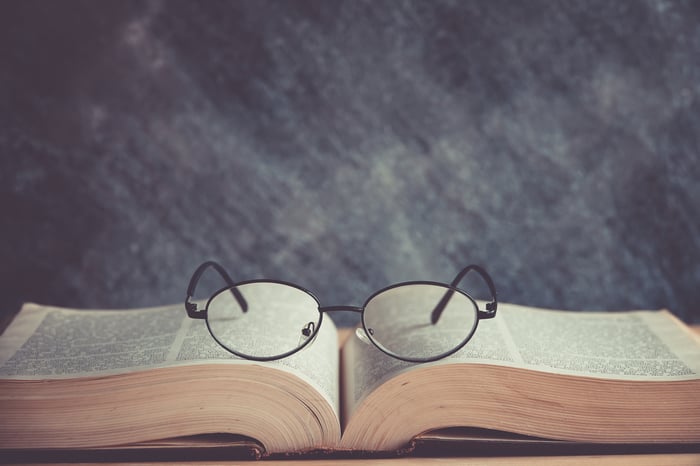 Open your textbooks, please, to the chapter on "why do stocks go down on good news?" Image source: Getty Images.

Houghton Mifflin followed up this good earnings news with upbeat guidance. "Total company billings [will] be within a range of $1.49 billion to $1.59 billion for 2019," said CFO Joseph Abbott on the post-earnings conference call -- a better than the $1.44 billion that Wall Street is looking for. And while management didn't give an earnings guidance number, Abbott did say that "we anticipate strong positive free cash flow at all points of our billings guidance range."

So why was Houghton Mifflin Harcourt stock down Thursday, instead of up? Unless it's the fact that the company lost money in Q4 -- which it was expected to do -- I honestly have no clue.