Some business models have stood the test of time, and for Costco Wholesale (NASDAQ:COST), giving shoppers a warehouse full of things to buy has brought the retailer plenty of success. Yet the retail business has undergone a transformation in recent years, and rising competition has threatened to make Costco's physical locations seem quaint by comparison.

Costco is looking to release its fiscal second-quarter earnings report on Thursday, March 7, and investors want to see signs that the retailer can keep growing even as competitive pressure rise. With the stock having bounced back from late 2018 declines, it'll be more important than ever for Costco's fundamental business to keep the pace with solid results.

The latest from Costco

Investors have been a bit less upbeat about Costco's earnings prospects lately. Shareholders have reduced their projections for the retailer's bottom line both for the fiscal second quarter and for the full fiscal year. The stock has also been under pressure, falling 5% since early December but rebounding considerably from much deeper losses later that month.

Costco's fiscal first-quarter results showed just how demanding investors have been lately. Revenue during the quarter jumped 10% on an 8.8% rise in total company comparable sales, and net income was higher by 20% from year-earlier levels. Membership fee revenue was higher by 10% as well, but investors weren't happy with an uptick in merchandise costs and overhead expenses. Combined with fears about the end of favorable comparisons resulting from the tax reform package passed in late 2017, Costco shareholders reacted negatively overall to the news. 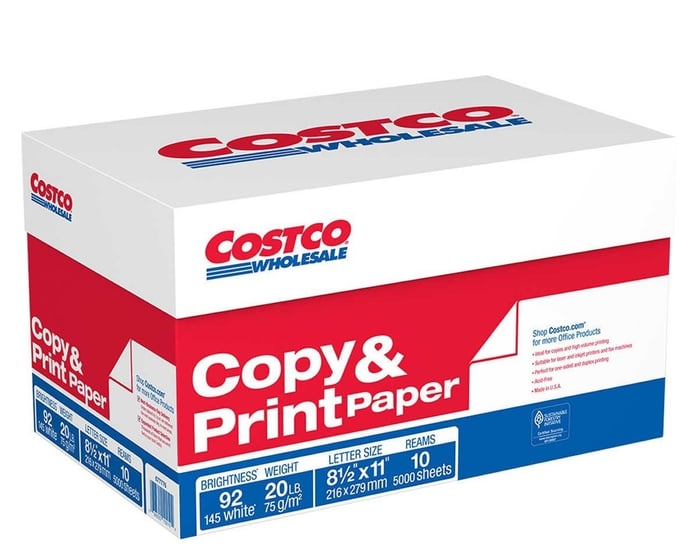 Since then, Costco has largely sustained its growth rates. During December, overall comps climbed just 6.1%, but adjusting for gasoline prices and currency impacts, adjusted comps were up 7%. January numbers told a similar story, with comps rising 5.2% unadjusted and 7.4% after adjustments. In both periods, Costco's e-commerce efforts were evident, with comps from the online channel rising 24% in December and January on an adjusted basis.

One key trend that's showing up more and more in Costco's number is its effort to broaden its product line into new areas. For example, Costco has become a top player in appliance sales, having emphasized the area as a growth driver. Similarly, the warehouse retailer has seen the success of other companies in the e-commerce furniture business, and with so much floor space available at its brick-and-mortar locations, offering more furniture at Costco locations seems like a no-brainer to jell with its online strategy.

However, there are still competitive threats that Costco has to deal with. Most recently, Amazon.com (NASDAQ:AMZN) said it intends to expand its presence in the supermarket arena, going beyond its purchase of Whole Foods to introduce an entirely new chain. Whole Foods hasn't entirely matched up with Amazon's goal elsewhere of offering low prices, and a value-oriented new chain could fill the gap and be a more direct competitor to the warehouse retail space. If successful, Amazon's new stores could threaten to draw away members from Costco, and it'll be interesting to see if Costco management addresses the possibility.

Costco investors should keep an eye on how the company fared during the late part of the holiday period, as well as whether those cost increases turn out to be a one-time anomaly. As long as the business remains stable, Costco looks poised to continue its winning ways into 2019 and beyond.