Great stock picks, from shale plays to one of the oil majors.

The energy business has been on a rocky road for more than a decade, going from boom to bust multiple times. In 2019, the industry isn't any less volatile, but it seems to have sorted out some of the turbulence from shale, offshore drilling, and renewable energy that caused unease for investors a decade ago.

Given the current economic backdrop of mild global growth in the economy and energy usage, we asked three of our Foolish contributors for their favorite energy stocks. Devon Energy Corp (DVN -1.77%), ExxonMobil Corporation (XOM 1.98%), and Brookfield Infrastructure Partners (BIP 0.71%) were the stocks that made the list. 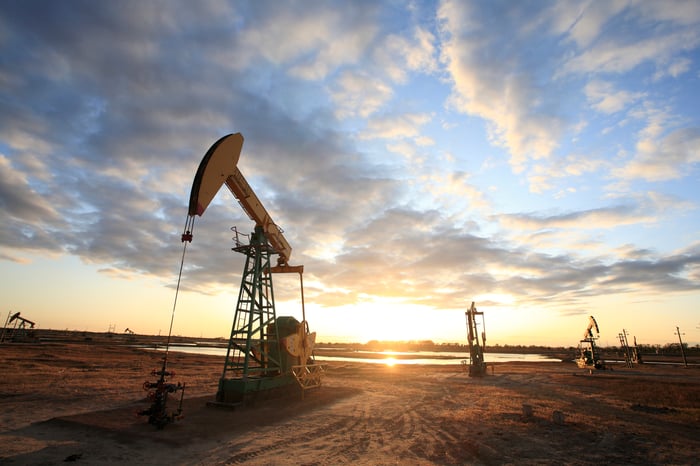 Matt DiLallo (Devon Energy): Oil and gas producer Devon Energy has slowly worked to transform itself into a U.S. shale-focused oil growth company. It has been a long process, which has seen the company jettison more than $30 billion of assets over the years. Devon has a couple more divestitures left, which it expects to finish by the end of this year. Once Devon completes its transformation, it will have narrowed its focus to four top-tier oil-rich shale plays.

Those four low-cost regions set Devon up for a bright future. The company estimates that it can grow its U.S. oil production at a mid-teens annual rate on the cash flows it can produce on $46 oil, with it generating free cash flow above that price point. Devon intends to return that excess money to shareholders through continued dividend increases and additional share buybacks. The company has already increased its dividend 50% over the last two years and is in the process of repurchasing $5 billion in stock, which is enough to retire 30% of its outstanding shares.

Devon's combination of high-octane production growth at a low oil price and increasing cash returns to shareholders positions it to create significant value for investors over the coming years. That compelling upside makes it one of the top oil stocks to buy right now in my opinion.

Travis Hoium (ExxonMobil): Bigger isn't always better in the world of investing, but in the oil business, I think it is. ExxonMobil has exposure to everything from oil and natural gas drilling to refining to delivering products to customers. That foundation is what has made it one of the most successful oil companies of all time.

While returns aren't what they once were for the oil giant, it's hard to argue that a double-digit return on equity isn't great in a volatile commodity business. 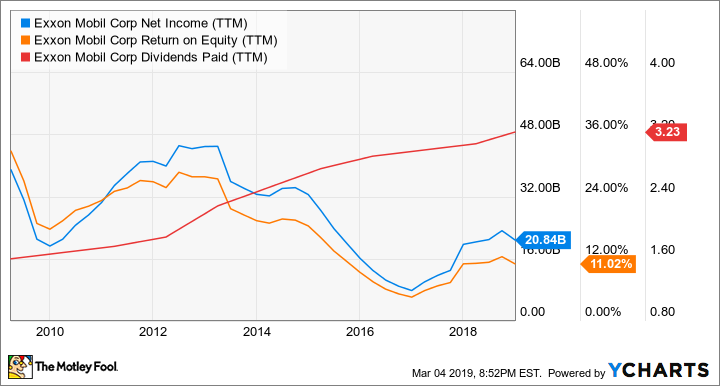 What should give any investor confidence given the volatility of the last few years is ExxonMobil's steadily growing dividend. The stock now yields 4.1%, and that's with just two-thirds of earnings paid out as a dividend. The energy business will continue to be a huge part of the economy for decades to come, and ExxonMobil will play a big role for the foreseeable future.

Most importantly, the kinds of oil and gas assets Brookfield Infrastructure is buying fit incredibly well in its portfolio of long-term generators of predictable, steady cash flows. These assets now account for about 20% of its funds from operations, and management anticipates it will continue to invest new capital in this space, which will require hundreds of billions of new investments on a global basis over the next decade to deploy the infrastructure to meet global demand.

But Mr. Market's decidedly short-term perspective -- the share price is about where it was one year ago -- and a recent dividend increase have this "hidden" oil stock solidly in "buy now" territory. At recent prices, Brookfield Infrastructure's is over 5% after a recently announced 11% dividend increase that goes into effect March 29. Historically, investors who've bought on the rare occurrence when its yield was above 5% have done very well: 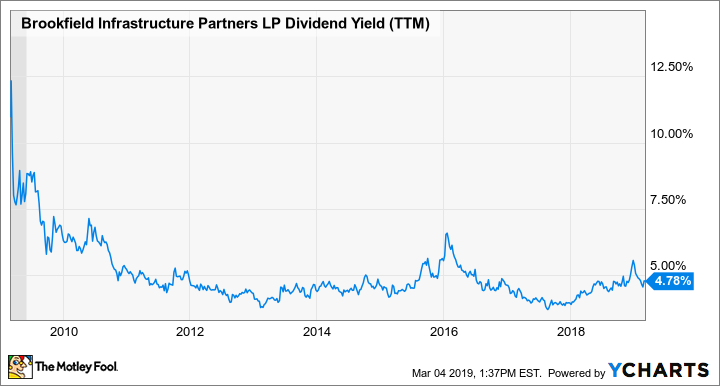 If it's energy exposure you're looking for, along with a big helping of income and diversity, Brookfield Infrastructure Partners is the surprising choice. And it's absolutely worth buying right now.

A lot of factors go into the success of oil stocks, like economic growth and oil prices themselves. These three companies are well-positioned for long-term growth and should be on the top of your watch list.