The mobile meeting company announced earnings results and an acquisition.

Shares of The Meet Group (MEET) have plunged today, down by 16% as of 11:45 a.m. EST, after the mobile meeting company reported fourth-quarter earnings results yesterday. It also announced an acquisition that investors seem skeptical about.

Revenue in the fourth quarter increased 31% to $52.5 million, slightly ahead of the consensus estimate of $52.3 million in sales. That all led to non-GAAP net income of $9.4 million, or $0.12 per share, right on target with what analysts were modeling for. On a GAAP basis, net income was $4.3 million, or $0.06 per share. Adjusted EBITDA came in at $10.6 million.

Check out the latest earnings call transcript for The Meet Group. 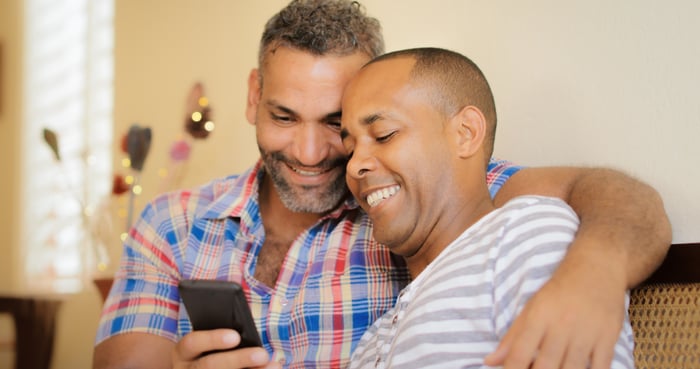 Meet Group also said it had acquired GROWLr, a same-sex social app, for $11.8 million. The company is funding the deal with $4.8 million in cash on hand and drawing $7 million from an existing credit line. Meet Group will pay out an additional $2 million over the next two years if GROWLr is able to hit certain revenue targets. GROWLr boasts over 10 million registered members, and Meet Group says the service has over 200,000 daily active users (DAUs). The deal is expected to be immediately accretive to adjusted EBITDA.

Investors appear to be questioning the acquisition, potentially due to the fact that it will add even more debt. Meet Group finished 2018 with nearly $37 million in long-term debt.

In a statement, CEO Geoff Cook commented on the quarter:

In addition to reporting a strong quarter, I'm excited to announce the acquisition of Growlr, which provides a meaningful step into the large same-sex dating market and expands the base of users to whom we can deliver our live video product. Video transformed our business in 2018. Our goal is to build the best place to meet new people through video, and in the fourth quarter, we grew both the number of viewers and the number of broadcasters on our video platform from the third quarter of 2018.

Why Shares of The Meet Group Are Surging Today
413%