Investors fear a monster under the bed at Monster Beverage -- but this analyst just sees monster free cash flow.

Monster Beverage (MNST 1.00%) stock has been a huge performer for investors since the year began, rising 26% in just a little over two months. (Last month's Q4 earnings beat helped with that, providing a 13% lift to shares.)

Recently, however, Wall Street has been feeling a little less sure about Monster's prospects. At $34.4 billion in market capitalization, shares cost more than 35 times earnings -- a bit pricey for a stock that S&P Global Market Intelligence pegs for just 15% annualized earnings growth over the next five years.

And yet, one analyst isn't fazed by the growth estimates -- or the valuation, either.

Check out the latest earnings call transcript for Monster Beverage. 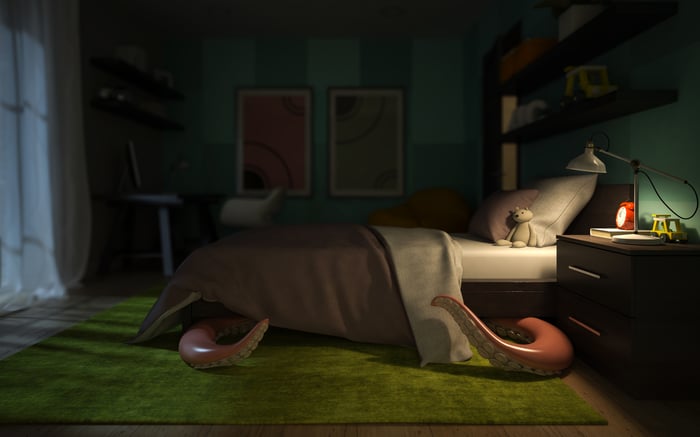 Yesterday afternoon, investment banker Credit Suisse announced it is starting coverage of Monster Beverage stock with an outperform rating and a $78 price target. Working off today's share price of $62 and change, this means the analyst expects Monster to deliver another 26% profit for investors over the next 12 months, to match the 26% profit it's already provided since the year began.

Why does Credit Suisse feel so confident in Monster's chances?

Monster, says Credit Suisse in a note covered on StreetInsider.com (subscription required), is the fastest-growing company it's currently covering in the food and beverages space, and is likely to grow both sales and earnings in the low double digits going forward. Admittedly, this estimate only matches the same predictions voiced by other analysts, as recorded by S&P Global. But Credit Suisse sees other things to like about the company, in addition to sales and earnings growth.

Cash, for one thing. And a lack of debt to offset it.

As Credit Suisse points out, Monster's balance sheet is rock-solid, sporting $958 million worth of cash and equivalents without a lick of debt. Helping the company to accrue this positive cash balance is a powerful cash machine, which generated $1.1 billion in free cash flow last year -- $1.11 for every $1 of reported GAAP earnings.

And Credit Suisse believes Monster can do even better than that. In last night's write-up, the analyst actually made the case that at some point in the future, the company could achieve as much as $3.5 billion in annual free cash flow -- more than triple the amount of cash it churns out today. Weighed against that number, even Monster's $34.4 billion market cap doesn't look too expensive -- less than 10 times FCF.

This is a pretty bullish case Credit Suisse is making for Monster Beverage. And yet, the shares are down 4% since this week began, so clearly something is worrying investors. What is that something?

Well for one thing, citing valuation, Citigroup on March 1 removed Monster from its "focus list" of its favorite stock picks. Then two days ago, analysts at Evercore ISI warned investors of "a new and very real competitor in the U.S. that is taking category share and taking some MNST consumers."

The competitor in question would appear to be privately owned Vital Pharmaceuticals, which does business as VPX Sports, and manufactures the "Bang" energy drink. On Monday, analysts at RBC Capital named Bang as an energy drink with rising popularity. At the same time, however, RBC believes that while Bang is taking market share in energy drinks, it isn't taking share from Monster. Rather, RBC sees Bang stealing away market share from competing brands like Pepsi's Amp, Keurig Dr Pepper's Venom, and Rockstar -- and if this is the case, then Bang may not be much of a threat to Monster at all!

To the contrary, by weakening the brands of Monster's better-funded rivals (Keurig's annual sales are nearly twice Monster's, while Pepsi is bigger still), Bang and its owner may actually be doing Monster a favor, by temporarily clearing the field of more serious threats to Monster's franchise.

So does all of this make Monster Beverage stock a buy? I have to admit that, so long as Monster is selling for 35 times earnings, I'm going to be pretty cautious on the stock myself. That being said, if and when Credit Suisse is proven right, and Monster reaches $3.5 billion in annual free cash flow...well, when that happens, I'm going to reserve the right to change my opinion.

Until it happens, though -- fingers crossed, but eyes open.