Shares of Mattel (NASDAQ:MAT) climbed 21.8% in February, according to data from S&P Global Market Intelligence, after the toy maker announced better-than-expected fourth-quarter 2018 results.

To be sure, Mattel stock soared more than 20% on Feb. 8 alone -- the first trading day after Mattel's report hit the wires -- then continued to soar over the next few days. In the report, Mattel confirmed its fourth-quarter sales declined 5% year over year (or 3% at constant currency), to $1.52 billion, translating to net income of $14.9 million, or $0.04 per share, up from an $0.82-per-share loss in the same year-ago period. Analysts on average were expecting a loss of $0.16 per share on lower revenue of $1.44 billion. 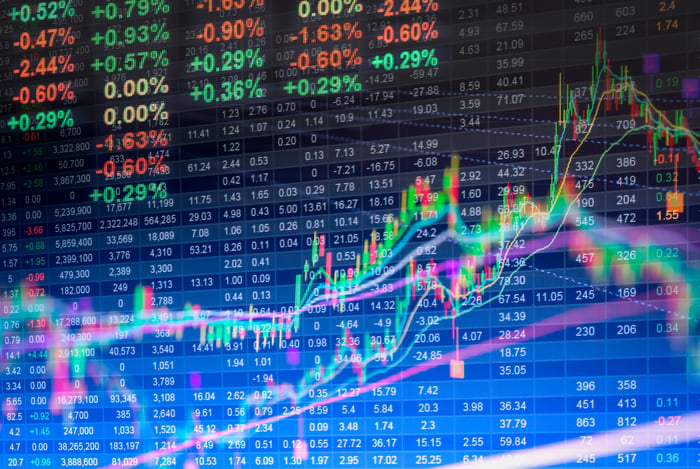 For perspective, Mattel's gross sales declined 9% at a constant currency basis during the quarter -- but that figure was amplified by an 8% negative impact from last year's bankruptcy of Toys R Us.

In addition, Mattel's cost-cutting initiatives showed significant progress. The company reached $521 million of run-rate cost savings exiting the year, and anticipates increasing that figure to $650 million by the end of 2019.

"We remain focused on advancing our strategy to restore profitability and regain top-line growth in the short-to-mid-term and are laying the groundwork to capture the full value of our IP in the mid-to-long-term," CEO Ynon Kreiz said. "After three consecutive quarters of solid, disciplined execution, we are well on our way to becoming an IP-driven, high-performing toy company and creating long-term value for our shareholders."

Check out the latest earnings call transcript for Mattel.

But that's also not to say last month's gains were a straight line upward. In fact, shares plunged around the middle of last month after Mattel told investors at the annual New York Toy Fair it expects gross sales in 2019 to be roughly flat at constant currencies -- below consensus estimates at the time for nearly 4% growth -- hurt by the continued underperformance of Thomas & Friends and American Girl products.

Since then, Mattel stock has gradually clawed back some of its post-earnings gains, a likely indication that the market is still pleased with its undeniable progress toward sustained growth and improved profitability. If Mattel can continue taking steps in the right direction in the coming quarters, I suspect the stock isn't done climbing yet.