In addition to the necessary corporate business that's transacted, shareholders are treated to a rare opportunity to interact with Disney CEO Bob Iger, watch scenes and trailers from upcoming movies, and get updates on important company initiatives.

Here are three takeaways from Disney's 2019 annual meeting of shareholders. 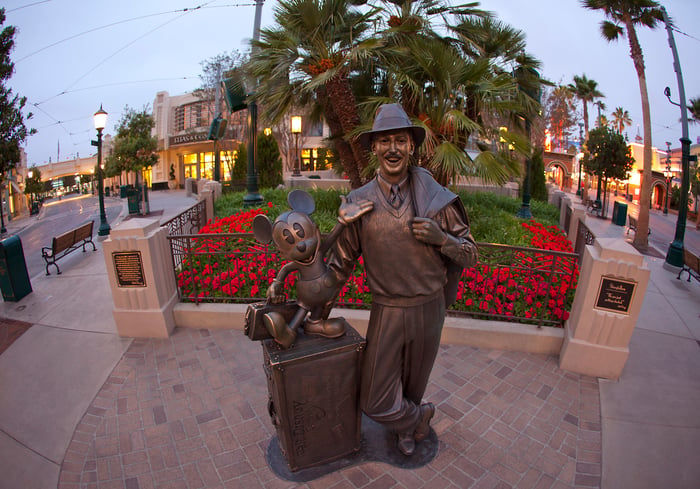 One of the biggest ongoing developments for fans of Disney's theme parks is the opening of Star Wars: Galaxy's Edge at both Disneyland in Anaheim and Disney's Hollywood Studios in Orlando, scheduled to open in 2019. Iger called the upcoming attractions the biggest "single-themed land expansion" ever for the theme parks at a whopping 14 acres each. Guests will be treated to the fictional planet of Batuu, which will feature shops and an open-air marketplace, as well as a chance to pilot the fan-favorite Millennium Falcon in a ride dubbed Smuggler's Run.

Iger revealed the official opening dates of the long-awaited attractions, which will debut on May 31 in Anaheim, and Aug. 29 in Orlando. The company will institute a reservation system for the first several weeks after the launch to handle what is expected to be significant demand. Rise of the Resistance, the second flagship ride in the attraction won't be opened until a later date.

Out of the vault

Fans of some of Disney's time-honored classics have had to wait years for the company to release a film from its "vault" -- a term that applies to its practice of rereleasing each movie "for a limited time," allowing consumers to buy it before "it goes back in the vault." This was part of Disney's marketing campaign back in the 1990s.

The company previously announced that the upcoming Disney+ streaming service would be stocked with movies from the Disney, Pixar, Marvel, and Lucasfilm studios, and ultimately contain content from National Geographic once the acquisition of certain assets of Twenty-First Century Fox (NASDAQ:FOX) (NASDAQ:FOXA) is completed.

In a surprise development, Iger announced that "at some point fairly soon after launch, [Disney+] will house the entire Disney motion picture library." These classics will join the new and original content being created just for the service.

Disney's board of director's recently revised Iger's future pay after The California Public Employees' Retirement System (CalPERS) -- which holds 3.2 million shares of Disney stock -- objected to Iger's compensation package. The board made the rare move of reducing Iger's pay by about $13.5 million. Last year, 52% of shareholders voted against Iger's pay in a vote that was non-binding. In a statement at the time, Aylwin Lewis, the chair of the board's compensation committee, said, "The board accepts the result of today's non-binding vote and will take it under advisement for future CEO compensation."

The announced reduction was apparently enough to appease the majority of shareholders, as the revised compensation package was approved by 57% of voters.