Ubiquiti stock jumped 16% on Feb. 8, 2019, alone -- the first trading day after its fiscal second-quarter 2019 report hit the wires -- then continued to drift higher for the rest of last month. 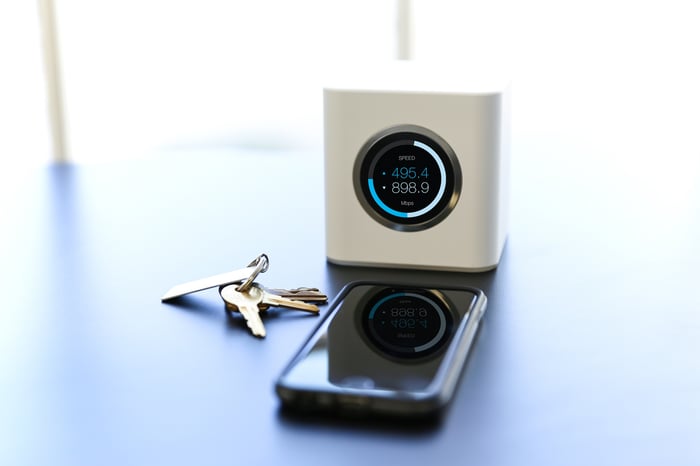 There was little not to love about Ubiquiti's performance during the holiday season. Revenue climbed 22.5% year over year, to $307.3 million, while adjusted earnings rose 75% to $1.33 per share. Both figures easily topped analysts' consensus predictions at the time for earnings of $1.08 per share on revenue of $276.4 million.

Within its top line, revenue from Ubiquiti's service provider technology segment fell 5.6%, to $113.2 million. But those declines were more than offset by a 48.2% increase in sales from its enterprise technology segment, which notably includes its consumer-focused AmpliFi product line.

Looking forward, Ubiquiti Networks also reiterated its full fiscal-year guidance for revenue in the range of $1.1 billion to $1.2 billion, with earnings per share of $4.00 to $4.80. But given its relative outperformance in the first half, most analysts on Wall Street are already -- and understandably -- modeling revenue and earnings near the high ends of those ranges. And if Ubiquiti Networks can sustain the momentum of its underlying business beyond the lucrative holiday season, I see no reason why its stock won't continue to march higher from here.