Please ensure Javascript is enabled for purposes of website accessibility
Free Article Join Over 1 Million Premium Members And Get More In-Depth Stock Guidance and Research
By Lou Whiteman - Updated Apr 12, 2019 at 10:13AM

A leading credit agency is sounding alarm bells about the company's costly transformation and its plans to return cash to shareholders.

Logistics giant United Parcel Service ( UPS 2.96% ) is in the middle of an ambitious plan to spend upwards of $20 billion on new facilities, vehicles, aircraft, and technology through 2020, while at the same time remaining committed to growing its dividend, funding pension obligations, and continuing to buy back shares.

One prominent ratings agency is sounding the alarm, warning that the company could find it challenging to pay for it all. 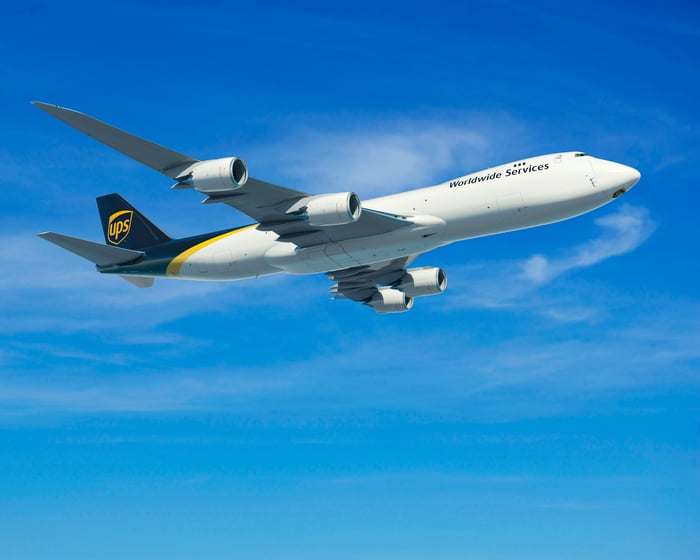 Moody's on March 4 moved its outlook for UPS bonds to negative from stable, saying that UPS debt levels seem likely to "remain elevated through and beyond 2020" because of contributions to defined-benefit plans and "sustained significant returns to shareholders during a period of weaker free cash flow generation." Cash flow will be light, Moody's notes, "because of stepped up capital investment."

UPS at last report had about $22 billion in total long-term debt, an amount that has nearly doubled in the last few years.

Moody's is keeping its A1 senior unsecured rating on the company, meaning that UPS, despite the concerns, remains an investment-grade issuer. Should equity investors in UPS be worried? Let's take a closer look.

Investing in a time of uncertainty

UPS has done a good job communicating its capital spending plans to the markets, and the modernization effort is needed after years of underinvesting in facilities and equipment. The company is taking delivery of new Boeing cargo planes and building massive new distribution facilities, including one near its headquarters in Atlanta that has 1.2 million square feet of floor space and can sort more than 100,000 packages per hour.

But even if the spending is needed, it's a change in focus for UPS. The company expects to spend upwards of 10% of sales annually on capex through 2020 after years of being closer to the 5% of sales mark. And even if the bulk of the spending is completed by 2020 as planned, it could be years until the figure falls to a more modest target of about 7% to 8% of sales. 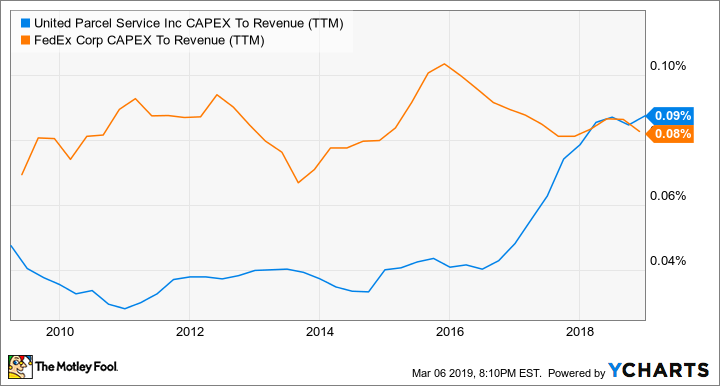 Unfortunately, the added spending comes at a challenging time for the business. UPS reported mixed results throughout 2018, and the company is under increased pressure as e-commerce giant Amazon.com moves an increasing share of its logistics operation in-house.

For 2019, the company expects volumes to grow, but there are worries about weakness in Europe and in China, and the threat of tariffs and trade wars hangs over key U.S. import markets. It's the uncertainty about 2019 results that is fueling Moody's concerns.

UPS CFO Richard Peretz, speaking at a Raymond James investor conference on March 5, didn't mention credit ratings but did reiterate the company's commitment to investing in its future. UPS is confident that the capital spending done today will over time allow it to reduce costs, increase operating efficiency, and better serve business-to-business customers and specialized markets where the outlook for revenue and margin growth is strong. 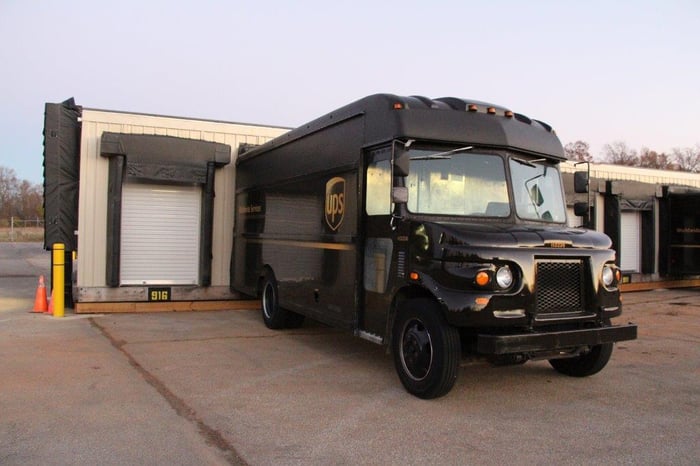 Indeed, Moody's in its summary is not opposed to the transformation, and says it anticipates the plan will "modestly" improve operating margins over time. The ratings agency expects UPS to deliver an operating margin of about 10% for 2019, barely half of what the company was able to generate earlier in the decade but still healthy for a transport company.

"While it is unlikely for UPS to attain the operating margins of the past, Moody's does anticipate that UPS will remain the industry's operating margin leader," Root said.

Watch from the sidelines

The Moody's analysis is no reason for current holders to run for the exit, but it's a pretty good summary of why I have no desire to buy in right now. The rating agency is in no way suggesting that UPS could end up in financial jeopardy. It appears that if there's a slowdown in Europe or Asia and results come in below expectations for 2019, the most likely course of action for UPS will be to either cut back on its share repurchases to conserve cash or use new debt to fund pension contributions.

Worth noting: UPS has its share of believers as well. Warren Buffett's Berkshire Hathaway at last check owned nearly 60,000 shares.

I like UPS's transformation plan and believe the investments the company is making today will benefit it for years to come. The company also boasts a dividend yield of 3.39%, which UPS says is the best among transportation companies. But the shares aren't cheap, trading at 19.75 times earnings compared to archrival FedEx's ( FDX 3.30% ) 9.7 multiple. And even assuming the global economy remains strong and all goes to plan, it's going to take some time for the company to work through its ambitious agenda.

Given the rise of e-commerce and the importance corporations now place on just-in-time inventory, a strong, global logistics business like UPS can be a long-term winner even if Amazon.com takes its business in-house. But for now, I'm watching UPS from the sidelines.