A pair of popular Chinese streaming platforms are among this year's biggest winners, but they have only a few things in common.

Two of China's streaming video speedsters are rolling in 2019. Shares of iQiyi (IQ -2.50%) have soared 71% this year, as investors gobble up China's leading streaming video service. HUYA (HUYA -4.47%) is no slouch. The company behind the fast-growing hub for video game streams and clips -- the Twitch of China, in a nutshell -- has seen its stock move 56% higher this young year.

Streaming video is an undeniable global trend, and it's a major component of the mobile revolution in entertainment-hungry China. HUYA and iQiyi are hot right now, but which one should you buy if you could invest in only one? Let's size up the two hot dot-com darlings to see which one should is positioned to be the best investment in the year ahead.

Check out the latest earnings call transcripts for iQiyi and HUYA. 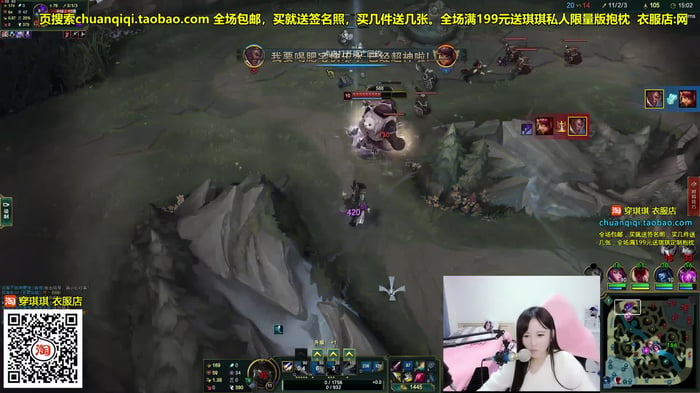 Running down a stream

HUYA and iQiyi came through with heady growth in their latest financial updates. Revenue for iQiyi shot up 55% in the fourth quarter, fueled by a 76% surge in membership services revenue as it continues to convince more of its ad-supported freeloaders to pay up for a premium streaming experience.

As impressive as iQiyi's top-line gains may be, HUYA is growing nearly twice as fast. Revenue soared 103% in last week's fourth-quarter report.

Both platforms are naturally having no problem growing their respective audiences. The number of average monthly active users at HUYA has risen 35% to 116.6 million over the past year, but the real growth is coming on the premium front, where paying users rose 73% to 4.8 million subscribers by the end of 2018. iQiyi has been able to boost its membership rolls by a similar 72% to hit 87.4 million subs.

The two companies are heading in different directions on the bottom line. iQiyi continues to post losses, and Wall Street pros see the red ink continuing until 2022. HUYA turned profitable last year, and it's expected to pad its bottom-line gains in the coming years.

The main reason for the disparity in profitability is the cost of the content. iQiyi has to pay content producers a good chunk of change to license the shows and movies in its vault. The lion's share of revenue is generated from the live streaming of video games and related virtual gifting, naturally an easier hurdle to clear on the path to positive earnings.

Both companies expect revenue to slow in the current quarter. HUYA's guidance calls for 79% to 84% in revenue, nearly double the 40% to 46% year-over-year top-line gain that iQiyi is projecting.

There are plenty of points being scored by HUYA here as it lines up against iQiyi. It's profitable. It's growing faster. However, it also trades at a slightly higher revenue multiple than iQiyi, based on each company's enterprise value. iQiyi also reaches a much larger addressable market, since HUYA's appeal is naturally limited to diehard gamers and other eSports fans. Both stocks should beat the market in the year ahead, but HUYA will get the nod this time given its headier growth and rapidly expanding profitability.