That may not be fair to SpaceX, but it's a good deal for taxpayers.

[W]ith each passing day, I'm more and more convinced that Boeing and Lockheed's ULA joint venture is doomed to fail. Ever since the U.S. Air Force certified SpaceX's Falcon 9 medium lift rocket to carry payloads four years ago, Falcon 9 has won every bid for such missions in which it competed against Atlas V rockets bid by ULA.
-- Me, eight months ago

But that was then, and this is now.

Today, SpaceX continues to charge the U.S. government significantly less (than United Launch Alliance does) for launch services. However, a pair of recent contracts totaling $739 million in value demonstrates that the U.S. government is in fact willing to pay ULA more than SpaceX for the same work -- at least sometimes. But perhaps even more important to the future prospects of ULA and its co-owners Boeing and Lockheed Martin (LMT -0.39%), ULA's rockets are getting cheaper and moving closer to price parity with SpaceX's. 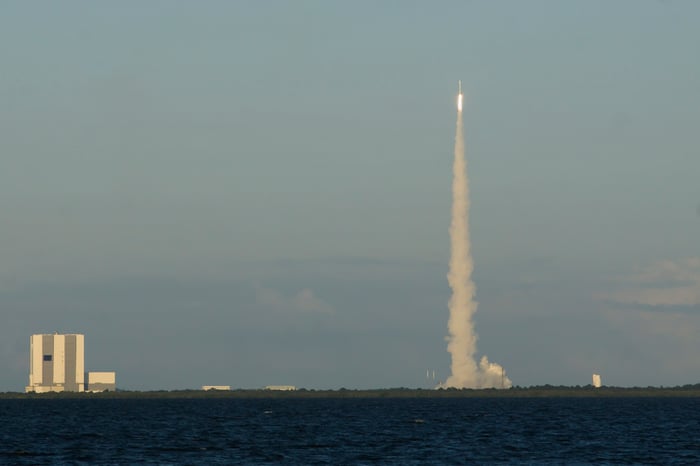 Last month, the U.S. Air Force announced the award of six launch contracts to be divided between SpaceX and ULA. SpaceX will launch the missions designated NROL-87, NROL-85, and AFSPC-44 for a total cost of $297 million ($99 million per launch). ULA will be responsible for Silent Barker, aka NROL-107, SBIRS GEO-5, and SBIRS GEO-6. ULA will be paid $441.8 million for its three launches -- $147.3 million apiece.

And that is clearly the headline here. With $739 million up for grabs, SpaceX and ULA are being given basically the same work to do -- but ULA will be paid 49% more to do it. Now, the Air Force would probably argue that this is fair and certainly within its discretion. After all, at the time bids were solicited for these contracts last year, Space and Missile Systems Center commander Lt. Gen. John Thompson explained that awards would be based on "a trade-off between past performance, performance and schedule sub-factors, and price."

SpaceX's lower prices being the last factor in that list, USAF apparently viewed them as being of less importance than ULA's longer record of reliability and (slightly) better payload capacity to geosynchronous transfer orbit (in some configurations). I also wouldn't discount the possibility that the Air Force put its thumb on the scales and awarded half its launch business to ULA in an effort to ensure there remain at least two horses in this race -- so that the government can continue to play one against the other to extract better prices from each.

But let's also give credit where credit is due: The Air Force's plan is working.

Even if ULA is still charging a lot more than SpaceX does, and for essentially the same work -- and even if the government is still voluntarily paying that premium -- ULA CEO Tory Bruno has made significant progress in lowering the cost of the launch services it sells to the government so as to better compete with SpaceX. (It's also worth noting that this hasn't yet done any obvious damage to ULA's profit margins. In fact, ULA co-owner Lockheed Martin, which breaks out results for its space business separately, showed a small uptick in space profit margins in 2018, according to data from S&P Global Market Intelligence.)

Just two years ago, in surveying the prices charged by various launch providers for their services, I noted that according to ULA's published figures, one of ULA's cheaper Atlas V missions was still expected to cost $164 million, and "launch costs across its entire fleet average $225 million."

At an average launch cost of $147.3 million, last month's contract awards show that at the very least, ULA seems to have succeeded in shaving 10% off its launch cost -- and potentially as much as 35%. (Because ULA doesn't publish a detailed price schedule, we don't know precisely how much it has charged for past launches using the Atlas 5-421 configuration that it will be using for the two SBIRS launches. This makes it hard to do an exact apples-to-apples comparison between launch prices then versus launch prices now.)

But we do know that ULA is offering at least some price improvement and that these better prices are being offered on not just any missions but on missions so complex and secretive that they're only known by code name (e.g., Silent Barker, believed to be a "collaborative [intelligence] acquisition" program run by the National Reconnaissance Office and U.S. Air Force). Such missions almost certainly involve more government red tape and higher expenditures to ensure mission success than simply lofting a commercial TV satellite into orbit, for example.

This still doesn't seem exactly fair to SpaceX, but it's a win-win-win for ULA, the USAF, and taxpayers.