Shares of the social media specialist suffered a steep sell-off late last year, declining 27% from their September high through Christmas Eve. There was good reason for the sell-off, too -- reasons, actually -- including worries over looming competition from Snapchat operator Snap (SNAP -13.81%), stagnating numbers of daily active users (DAUs), and potential government regulation in the wake of the Cambridge Analytica and other privacy scandals.

And yet, Facebook stock is climbing that wall of worry. Helped by a Q4 earnings report that showed 30% revenue growth and a 65% increase in profit, Facebook shares have bounced 40% off their Christmas low.

And one analyst thinks this stock has even more room to run. 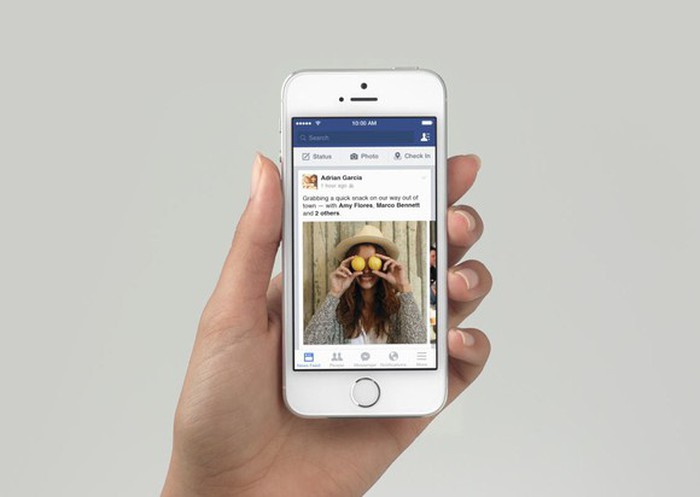 This morning, investment banker Nomura Instinet upgraded Facebook stock to buy and assigned a $215 price target, as reported by SmarterAnalyst.com. If Nomura is right about that, there's another 24% or so worth of profit left in Facebook stock.

Why Snapchat when you can tell Stories?

As it turns out, Nomura's reasons for recommending Facebook provide pretty much the mirror image of why so many investors were selling the stock last year. Let's start with the threat from Snapchat.

As Nomura explains in its report, Facebook is transitioning its business to emphasize Stories faster than the analyst had initially expected. Stories, for those not familiar with the feature, is Facebook's Snapchat-killer, emphasizing short-duration, ephemeral photo and video posts that can be altered with "filters," much like on Snapchat.

Granted, there's still some risk here. Nomura notes that Facebook's ratio of daily average users to monthly average users (DAU/MAU) dropped to 76% in Q3 2018, suggesting users were visiting the site less frequently. This ratio inched back up to 77% in Q4, however, and CEO Mark Zuckerberg is promising further improvements as Facebook shifts its emphasis toward Stories, and more generally toward "encrypted and ephemeral messaging across [its] properties," the analyst writes.

Furthermore, to help investors better track the company's performance on engagement, Nomura notes that Facebook is going to start disclosing MAU data "platformwide," which should provide a bigger-picture view of how the business as a whole is performing.

Regulators to the rescue

In Nomura's view, even the risk of tighter government regulation over how Facebook runs its business isn't necessarily a bad thing.

Why? Nomura isn't 100% clear on that point. But assuming they're imposed industrywide, new regulations might be expected to disproportionately burden newer, more inventive rivals in the social media space, favoring an incumbent like Facebook. At the same time, if we assume that the regulations that regulators impose are for the benefit of consumers, well, then requiring Facebook to give its customers what they want would seem likely to curb any of the company's less-popular moves going forward.

Given all these advantages, Nomura thinks it's at least possible we could see "positive revisions" in analyst guidance for Facebook earnings "throughout the year." Nomura itself believes the company will post a 35%-36% operating profit margin in 2019, and emphasizes management's assurance that it intends to maintain its margins in this mid-30% range over "the next several years."

Earnings-wise, Nomura believes this will translate into a small improvement in GAAP profits this year -- $7.70 per share, followed by a stronger rebound in 2020 (up 25% to $9.60 per share), and a more moderate gain in 2021 (up 17% to $11.27 per share). Free cash flow could show even more dramatic improvements, declining to $12.7 billion this year as Facebook implements its tweaks to business model, but then more than doubling to $26.2 billion by 2021.

Valuation-wise, this puts Facebook stock at 39 times free cash flow this year (but only 22 times GAAP earnings). Granted, this seems kind of expensive given that analysts surveyed by S&P Global Market Intelligence currently agree Facebook's growth rate will average less than 17% annually over the next five years. But if Nomura is right, those estimates will be moving higher as more analysts clue in to the improving story at the social media giant. What's more, two years out, Facebook's forward earnings multiples fall steeply -- to 19 times FCF and 15 times earnings.

Despite having already rebounded 40% in three months, Facebook shares could still have room to run.