Shares of the cloud services provider rebounded ahead of the company's fourth-quarter earnings report, due out on March 14.

Pivotal Software (PVTL) stock gained 21.3%% in February, according to data from S&P Global Market Intelligence. Investors poured back into the stock as the market warmed back up to growth-dependent tech companies following the sell-offs in late 2018. 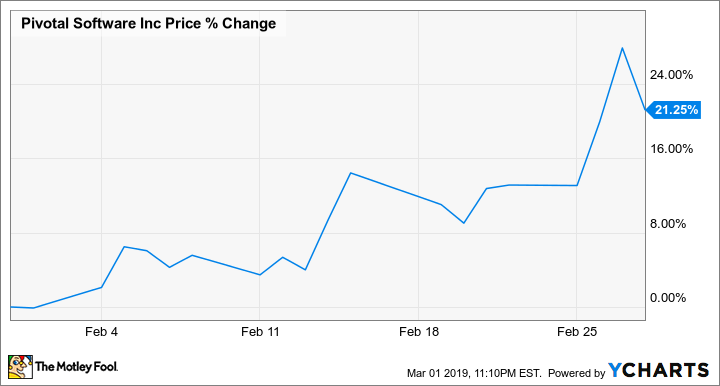 There wasn't much in the way of big news for the cloud-platform-as-a-service company last month, but Pivotal stock has been prone to volatile swings since its initial public offering last April. The company has been delivering solid sales gains and has avenues to continued growth, but for better or worse, the somewhat unpredictable nature of its trajectory makes it likely that the stock will continue to be volatile. 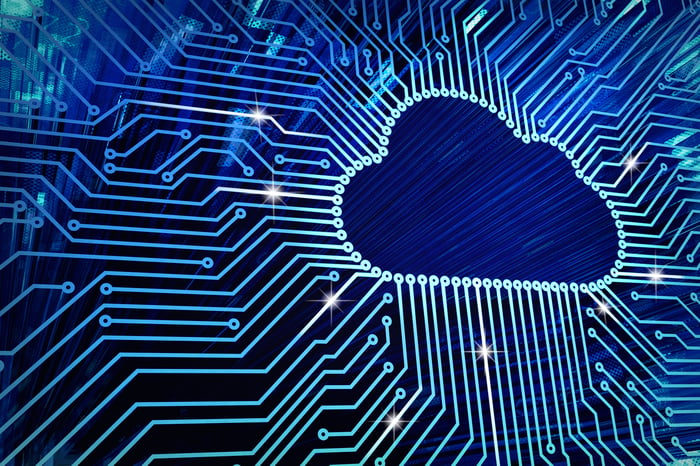 Like many growth-dependent technology stocks, Pivotal saw steep sell-offs in the second half of 2018. Shares have recovered to some degree along with the broader market in 2019, and have posted roughly 32% gains year to date. However, the stock still trades down roughly 32% from the high that it hit last fall.

The company's Pivotal Cloud Foundry, a platform for partners to run their apps on, is used by customers including T-Mobile, Ford, Comcast, and many other big names. Pivotal appears to be a ways off from profitability, but that's the norm for companies in its category, and it's reasonable that the business remains focused on adding new customers to the platform and building its subscription revenue base.

Check out the latest earnings call transcript for Pivotal Software.

Pivotal Software stock has given up a bit of ground in March, with shares trading down roughly 4.4% in the month so far. 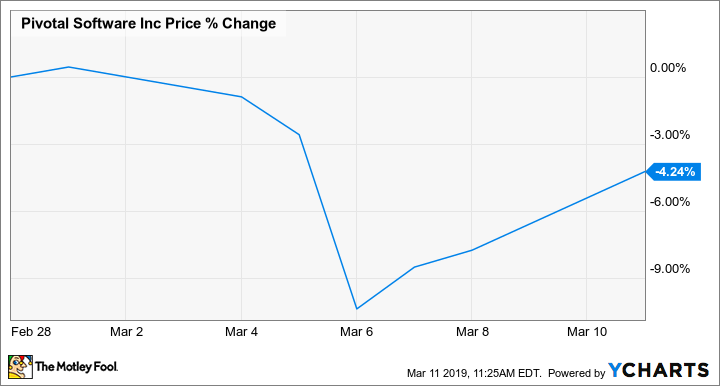 The company is scheduled to report fourth-quarter and full-year results after market close on March 14, and is guiding for quarterly revenue between $169 million and $171 million and an adjusted per-share loss between $0.09 and $0.10. Total revenue for the year is expected to come in at roughly $658 million, which would value Pivotal at about 8.5 times 2018's projected sales. Shares trade at roughly seven times the average analyst sales target for 2019.

Like the stocks of many other small- and mid-cap cloud services companies, Pivotal Software has the marks of a high-risk, high-reward investment.