Thanks to a lackluster fourth-quarter earnings report, this gold miner ended last month glittering a lot less than when it began.

Shares of IAMGOLD (IAG -1.54%), a global leader in gold mining, dropped more than 11% last month, according to data from S&P Global Market Intelligence. Movements in the stock prices of gold miners are closely correlated with the rise and fall of the price in gold in general, so the stock's decline is unsurprising considering the price of the metal fell 0.31% last month.

But the market price of gold wasn't the only force motivating investors to shed their shares last month. The company's release of its Q4 2018 earnings report also had a palpable effect. 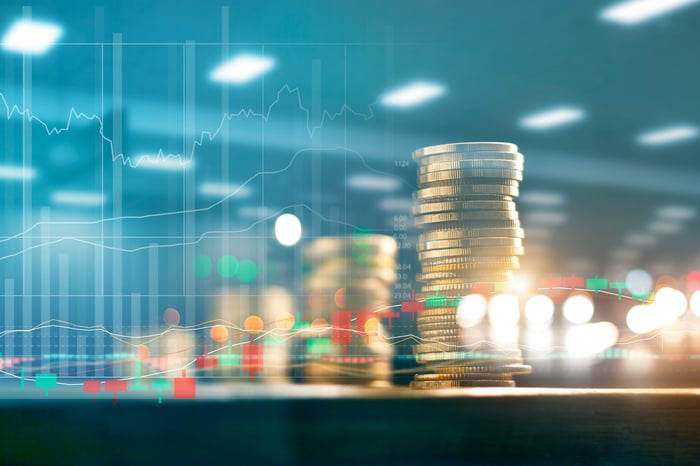 Reporting attributable gold production of 882,000 ounces in 2018, IAMGOLD achieved its production guidance. But that level reflected no growth over the previous year. Similarly, the company achieved its annual cost guidance, reporting all-in sustaining costs (AISC) of $1,057 per gold ounce for 2018 -- at the upper end of its forecast range of $990 to $1,070.

And turning to the bottom line, investors found that the company generated net earnings, adjusted for one-time costs, of $29.8 million, representing an increase of $500,000 over last year.

Since there were no surprises in the headline figures, what irked shareholders so much about the company's earnings? For one, higher year-over-year capital expenditures at the Essakane mine in Burkina Faso contributed to the company reporting $302 million in capex for 2018, versus $221 million in 2017. This significantly hurt the company's cash flow. Whereas IAMGOLD generated $56 million in free cash flow in 2017, according to Morningstar, it generated negative $145 million in 2018. Investors found further cause for concern on the balance sheet as the company's net cash position shrank from $391 million in 2017 to $334 million at the end of 2018.

Characterizing 2018 as a "transitional year" on its conference call, management attempted to inspire confidence that the road to the company's future is paved in yellow bricks -- one that will result in a "cash flow pipeline." The company's success in growing its proven and probable reserves 129% over the past three years is an auspicious sign, but investors will have to be patient.