China has become a critical soft spot for Apple (NASDAQ:AAPL), with the Mac maker blaming poor iPhone sales in the country for badly missing its revenue guidance in the fourth quarter. "Lower than anticipated iPhone revenue, primarily in Greater China, accounts for all of our revenue shortfall to our guidance and for much more than our entire year-over-year revenue decline," CEO Tim Cook wrote in a shareholder letter in early January.

Unfortunately for the tech titan, things seem to be getting worse before they get better. 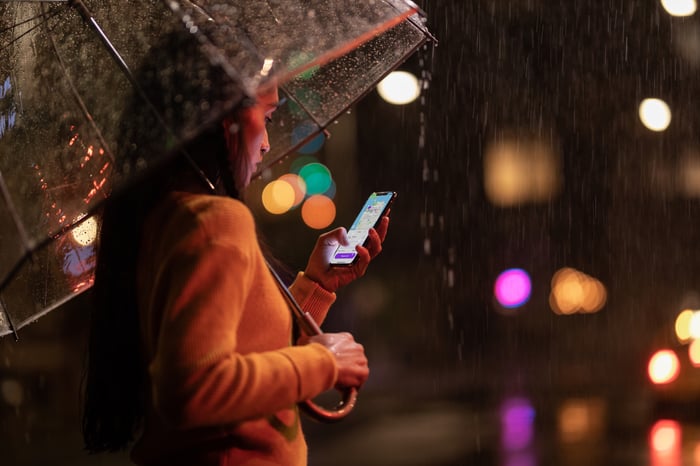 Longbow Research put out a research note today, according to Bloomberg, reiterating a neutral rating on Apple shares. Apple has been aggressively trying to cut iPhone prices in China, and there has been hope that the move would help stimulate demand. The company has been trying to "essentially absorb part or all of the foreign currency move as compared to last year" in an effort to stabilize local pricing, Cook said in January.

Unfortunately, the efforts don't appear to be working, in analyst Shawn Harrison's view. Pointing to iPhone search trends, Harrison believes that demand continued to weaken in the past couple of months. Analysts often use search trend data as a way to gauge consumer demand.

"Multiple iPhone price cuts did not stop China iPhone search trends from weakening further while February supplier sales were abysmal, decelerating on a year over year basis vs. January," Harrison wrote. For example, iPhone searches on Baidu, the dominant search engine in the Middle Kingdom, fell a gut-wrenching 47% in February, according to the note.

With plenty of challenges, Longbow doesn't think there's much upside to earnings anytime soon. Apple is growing its services business and is expected to unveil a video-streaming service and premium news subscription service later this month, but gains there can't offset weakness in the core iPhone business, which represented 60% of all sales in 2018.

The competition has caught up

Local rivals have continued to expand at the expense of Apple, thanks to compelling new products and more affordable prices. Making matters worse, China's smartphone market -- the largest in the world by unit volume -- slowed in the fourth quarter, according to recent estimates from IDC. Total unit volumes fell nearly 10% to 103.3 million.

Apple's shipments in China declined an estimated 20% -- meaning it lost market share. IDC notes that Apple's China shipments have declined for three consecutive years. If price cuts aren't working, there aren't too many other levers the company can pull to reinvigorate demand.

"Macroeconomic factors will come and go," Cook said about China weakness. "But we see great upside in continuing to focus on the things that we can control."