It'll be better, but you might not be able to tell by looking at it.

Apple (AAPL 1.37%) has been selling a dedicated line of budget-oriented iPad tablets under the simple "iPad" brand for a couple of years now. The first model was introduced in March 2017, and a version sporting an upgraded processor and support for the Apple Pencil arrived almost exactly a year later.

The company is widely expected to release another upgraded version of the iPad sometime in the first half of 2019 -- a schedule that would be in keeping with previous iPad releases. The device had originally been rumored to incorporate a slightly larger display than the 9.7-inch one on the last two models, but according to a recent report from Mac Otakara, that won't be the case. 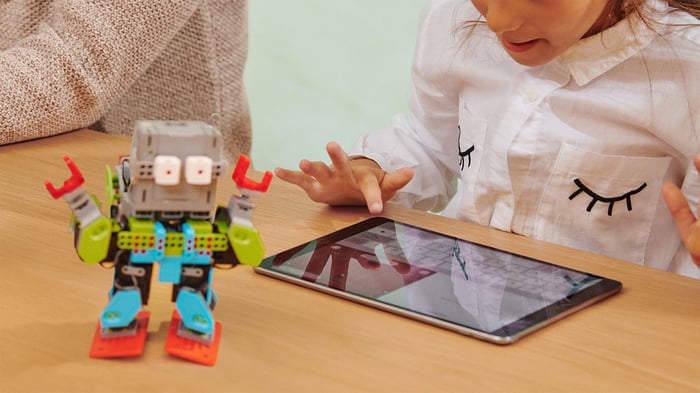 Here's why investors should care.

Lack of form factor change could be a negative

Each year, Apple, like its peers, needs to release new products to spur demand and shore up average selling prices. Those new products need to offer meaningful improvements over what came before them, for two important reasons. First, Apple needs to give owners of older devices reasons to upgrade -- the faster the average upgrade cycle, the better Apple's sales will be. Second, the company needs to improve the value propositions of each of its product categories to bring on new users, too.

Apple's next iPad will undoubtedly include a number of worthwhile technology advancements. Some of the improvements could include an upgraded applications processor, better cameras, and a better screen. Apple could also make improvements to its wireless capabilities.

Put simply, Apple will offer customers a better product for the money this year than it did last year.

However, the marketability of mobile devices is influenced by their form factor and overall design, so if Apple doesn't significantly update the design, that could reduce the odds that owners of older devices will bother upgrading to the latest models.

Apple has segmented its iPad product offerings. At the high end are the iPad Pro family of devices. The current models have much smaller bezels, incorporate much more powerful hardware, and benefit from more advanced screen technology. So if Apple isn't dramatically updating the design of the iPad, then the current iPad Pro models should remain significantly differentiated relative to the lower-cost iPad. Doing so reduces the risk that a customer interested in the iPad Pro to begin with will instead opt for the lower-cost iPad in a bid to get most of the functionality and aesthetics for a dramatically lower price. For context, Apple's cheapest iPad Pro, a last-generation model with 64GB of storage, sells for $649, while the standard iPad starts at $329 for a 32GB model.

Apple no longer breaks out the unit sales of its respective product categories, so it's hard to get a sense of the average selling price trends within those categories. But we do know that in fiscal 2018, the company reported an iPad revenue decline of 2% on roughly flat unit shipments, which is a signal that consumers aren't necessarily gravitating to the company's most expensive iPad models. That means the more cost-effective models are still critical to the success of Apple's iPad business.

The upcoming iPad refresh should yield a better product for the money than what Apple is currently selling, and investors should take heart that the mainstream iPad release cadence is fairly predictable. However, the upgrade might not be as enticing to prospective customers as it would be if the device were to sport a more substantial design update.