Cash flow and the possibility of long-term structural issues threaten both stocks, but management teams at both companies have plans to turn things around.

The two companies may seem like a strange pair to compare, but doing so helps us understand the long-term investment case for both stocks. General Electric (GE -2.36%) and Coca-Cola (KO -0.75%) are both iconic American companies that have seen better days and face questions over their near-term free-cash-flow (FCF) generation and long-term growth prospects. Let's take a look at both companies and assess which is a better buy.

Coca-Cola recently raised its quarterly dividend to $0.40 a share from $0.39 a share previously, meaning the stock trades on a forward yield of 3.6% at the time of writing.

That's good news for investors used to owning a Dividend King -- Coca-Cola has raised its dividend for more than 50 consecutive years. But here's the thing: Coca-Cola's dividend wasn't covered by its FCF in 2018, and it's unlikely to be in 2019, either.

It's obviously not a sustainable situation, particularly as management's aim is actually to grow the dividend as a function of FCF aiming for a 75% payout ratio.

However, the reality is that earnings growth and cash-flow generation are being held back because of action taken by management to restructure the business and improve productivity for the long term.

Check out the latest earnings call transcript for General Electric and Coca-Cola.

Initiatives such as refranchising the company's bottling operations and investing in growth initiatives such as the acquisition of Costa (coffee) and other beverages is seen as leading to improved productivity as well as earnings and cash-flow growth. Management expects long-term organic revenue growth of 4% to 6%, with EPS growing 7% to 9% and FCF conversion from net income to improve to 90% to 95% from just 70% in 2018.

It's an ambitious set of targets, and if achieved, the dividend will look sustainable within in a few years. However, given that management has already backed off the target to improve operating margin to 34%-plus by 2020 from 27% in 2017 -- put down to the impact of acquisitions -- investors have reason to call it into question.

Thinking long term, investors also have to consider whether Coca-Cola and PepsiCo can leverage the opportunity of emerging market growth in order to offset any demand decline due to changes in consumer tastes away from sugary soft drinks and toward more health-conscious options.

In this context, it's worth noting that Coca-Cola, and Pepsico for that matter, have significantly underperformed the market over the last decade -- despite myriad attempts to diversify their product line-ups and expand snack sales (Pepsico). 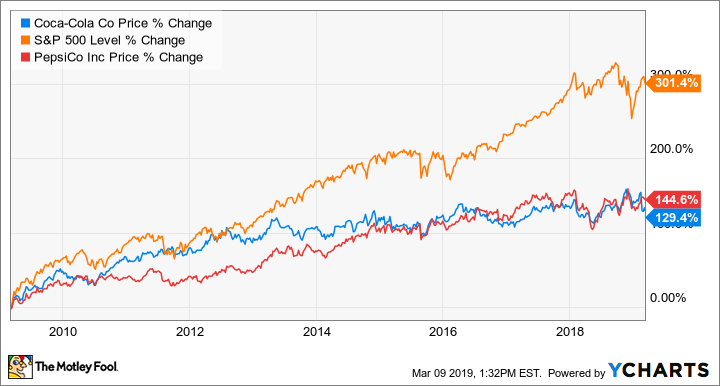 The word is out. GE's industrial FCF is expected to be negative in 2019, according to CEO Larry Culp at a recent conference. However, unlike Coca-Cola, the key driver of GE's stock price isn't its dividend yield, but rather its earnings and FCF prospects going forward.

It's no secret that GE is going through a very difficult period, and earnings and cash flow are being constrained because of a combination of significant restructuring action taken at GE Power and the ramp in production of the loss-making LEAP engine at GE Aviation -- don't worry too much about that because LEAP engines will start to generate highly profitable service/aftermarket revenue in a few years.

The question with GE is what kind of cash flow will the company be generating in a few years? Culp will probably shed some light on this soon -- at least by possibly outlining what the one-off costs are in 2019. With this figure, analysts can better estimate what the underlying rate of GE's FCF really is. 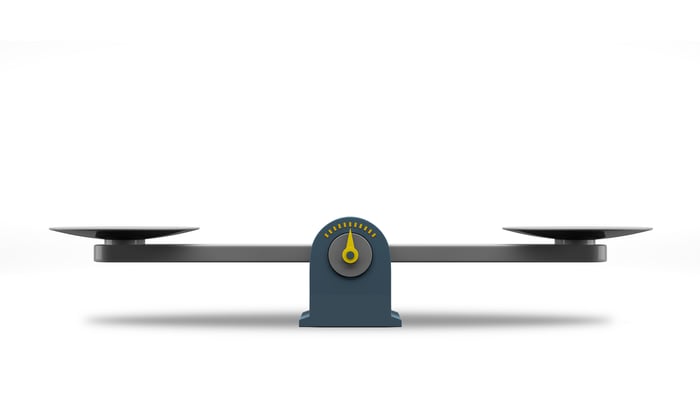 What we do know is that GE Aviation (one of the three business to be kept for the long term alongside GE Power and GE Renewable Energy) generated $6.47 billion in segment profit in 2018 and is set for low-single-digit earnings growth in 2019. Margin, earnings, and cash-flow conversion should improve at GE Aviation in the coming years as the LEAP production ramp moderates and aftermarket revenue starts to flow.

All of this leaves the key issue, aside from potential problems at GE Capital, to be the shape of the margin recovery at GE Power. As Culp has outlined, turning GE Power around will take some time.

It looks like General Electric is the better buy, but that's not saying either is a good buy right now. If forced to buy one and hold it for a decade, then GE wins, in my opinion.

Why? The fallout of a potential failure to hit its targets could be significant at Coca-Cola, and any dividend cut would hit the company hard. Meanwhile, trading on a forward P/E ratio of 21 times earnings, it's hard to argue that the stock has significant upside.

GE also faces significant downside risk, but Siemens plans to generate a low single-digit margin in its power segment in 2019, so it's possible to make money from gas turbines. Moreover, cutting the fat from a business that became bloated due to over-optimism from GE's previous management could cut costs significantly and return GE Power to high single-digit margins over time. That might be enough to see the stock get a re-rating, all the while being supported by a strong aviation segment.

Here's What Makes This Dow Jones Stock So Safe

Nucor is the Coca-Cola of the Steel Industry
413%