To his great credit, General Electric (GE -2.25%) CEO Larry Culp gave a candid and forthright presentation at this week's JPMorgan Aviation, Transportation and Industrials Conference in New York. However, what he had to say would have disappointed most of the bulls on the stock. Culp confirmed most of the fears investors and analysts had over GE's 2019 guidance. That said, let's take a look at what he said, why it matters, and what investors can expect.

The latest word from Larry Culp

To put the presentation into context, you have to look back to GE's fourth-quarter earnings presentation -- it appears the CEO was determined to address the questions left unanswered in late January. 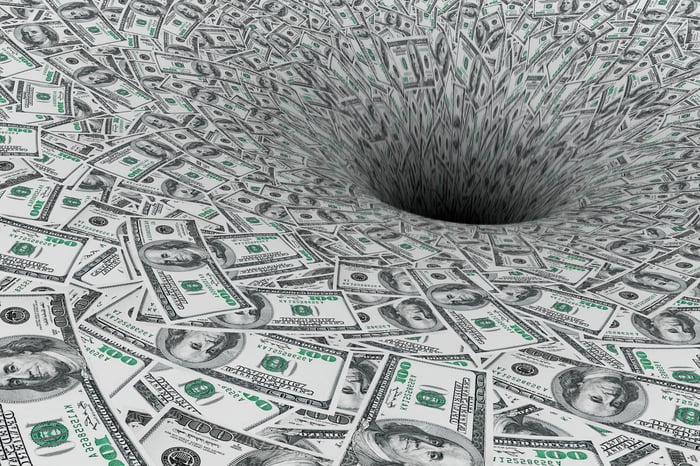 GE is set to have a cash outflow in 2019. Image source: Getty Images.

As was noted at the time, the Q4 analyst call featured a distinct lack of both near- and long-term guidance; management declined to forecast earnings, or even put numbers to questions relating to overall free cash flow (FCF) generation and the performance of the troubled power segment in 2019.

Check out the latest earnings call transcript for GE.

Some key points of clarification came out of the JPMorgan event, among them:

There's no way to sugarcoat this: Culp's guidance on Power FCF and overall FCF was probably worse than most investors had been expecting. Moreover, given that GE Healthcare and GE Aviation are expected to hold their own in terms of margin, the outlook for "a little bit" of industrial operating margin implies that the other major segment, GE Power, won't see the kind of margin expansion hoped for by many bulls in 2019.

To put it into context, if GE Power margin was, say a positive 3% in 2018 rather than a negative 3%, GE's adjusted industrial operating margin would have been 10.7% rather than the 9.3% reported. We await specific guidance on GE Power's margin, but it's clear that there isn't going to be a big positive swing this year.

Moreover, credit rating agency Fitch has said it might downgrade GE's debt rating if GE Power isn't on track to break even by 2020 with margin improvement to the mid- to high-single digit percentages. Given that, it won't be a surprise if GE's credit rating comes under pressure.

A glass half full view

To be fair, the case for buying GE stock has never been about the specific outlook for 2019 -- investors have long known that GE is struggling with near-term cash flow generation. For example, GE Power is still taking significant restructuring costs, and GE Aviation is significantly ramping up production of its loss-making LEAP aircraft engine -- a program that will generate significant earnings and cash flow down the road when aftermarket service revenues start to roll in.

Instead, the bullish case emphasizes the long-term potential for earnings and FCF after GE passes through this difficult period of cash-flow headwinds.

Indeed, Culp made reference to those headwinds, and promised an update on the medium-term cash flow forecast in the upcoming outlook meeting on March 14. However, if you're hoping for specific numbers at that point, don't get too excited. Regarding GE Power cash flow, he also said " I think we're going to be as specific as we can with respect to 2019. And as you open the aperture to 2020 and 2021, it probably becomes less specific and more directional."

Culp's presentation at the JP Morgan conference makes it even more clear that there won't be a quick fix to the problems at GE Power, and there could be downgrades coming from credit rating agencies as a consequence. In addition, the immediate outlook is worse than most analysts probably expected, so it's not surprising that the stock sold-off aggressively in the wake of the news.

Now that we know that 2019 is going to be another tough year, the attention now turns to the March 14 outlook meeting, and just what Culp might outline in terms of the company's expected one-off costs in 2019. Once we have that information, it will become a lot easier to estimate just what GE's future underlying earnings and cash flow could be. There's little doubt that the JPMorgan presentation was a blow to the bullish case, but it's far from a knockout punch.