Despite momentum for tech stocks and an earnings beat, uncertainty in China's video game market helped make February a rocky month for the online media company.

Shares of NetEase (NTES -0.92%) fell 11.4%% in February, according to data from S&P Global Market Intelligence. Despite positive momentum for Chinese tech stocks and the broader market, the online media company's share price tumbled in the lead-up to its fourth-quarter earnings release. 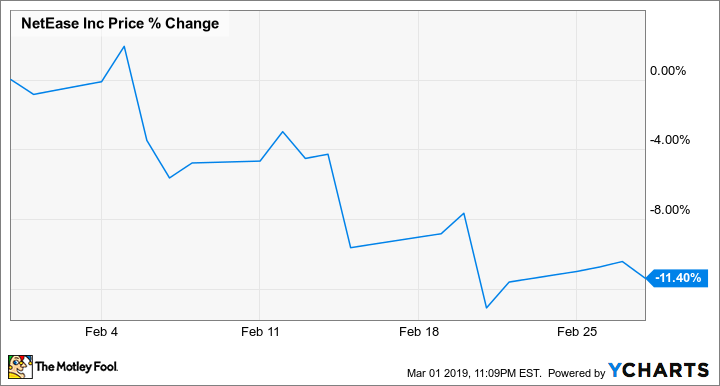 NetEase published its fourth-quarter results on Feb. 21, delivering solid performance that fell short of the average analyst target on the revenue side but surpassed it on earnings. Shares did see a minor gain following the release, but it wasn't enough to stop the company's share price from dipping by double digits in the month. 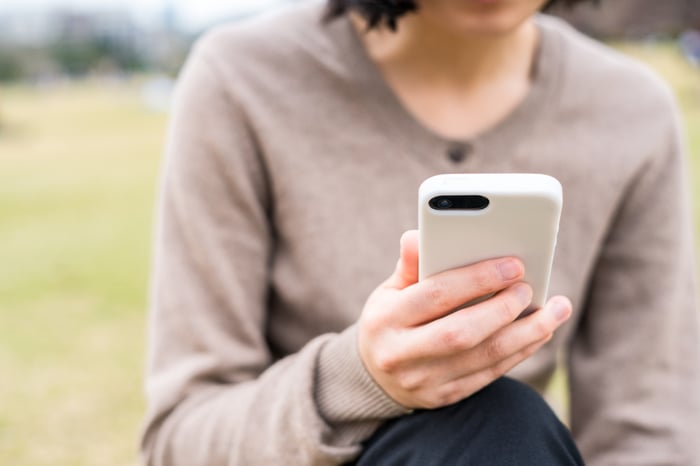 NetEase's revenue in the fourth quarter increased 36% year over year to reach $2.89 billion, which was $20 million shy of the average analyst target. However, EPS for the period rose 29% year over year to $2.66 and beat the analyst call for per-share earnings of $2.44. The company's stock has lost roughly a quarter of its value over the last year amid soft performance for some key gaming properties, more challenging dynamics for China's overall video game market, and bearish sentiment on that country's tech sector.

Check out the latest earnings call transcript for NetEase.

NetEase stock has seen some positive momentum early in March, with shares trading up roughly 4.4% in the month so far. 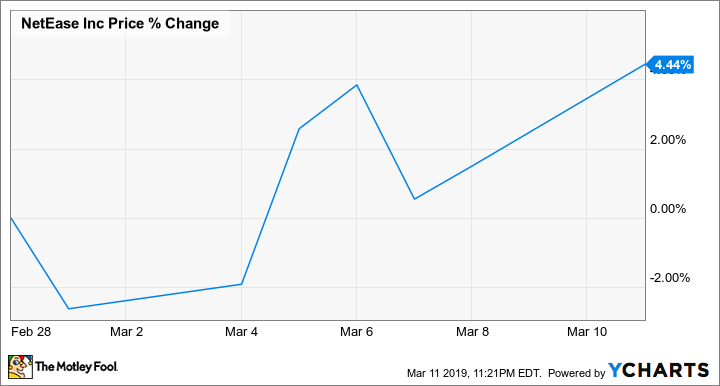 The company has seen its outlook threatened amid tighter content regulation by the Chinese government and the increased likelihood that it might pay to produce a game but be unable to secure the necessary release license. Amid these challenges, NetEase is looking to further diversify its business and is pursuing opportunities in e-commerce, music, and online education.

Game publishing still accounts for the majority of its revenue, coming in at 55% last quarter. However, the company's e-commerce business is already sizable at roughly 34% of sales. NetEase stock has been volatile, but it's worth a deeper look for investors seeking opportunities in China's content and e-commerce markets.

Why NetEase, Bilibili, and iQiyi Plunged on Thursday
413%