The chip specialist looks set to benefit from a number of big-picture trends.

Broadcom (AVGO 0.30%) is one of the best-run semiconductor companies in the world. The company's portfolio of businesses and products is generally excellent and the chip giant is led by a management team that, time and again, shows that it's making the right moves to maximize value for its shareholders.

Although Broadcom isn't the fastest-growing semiconductor business out there, it has delivered solid growth over the years through a combination of strong product and technology execution, as well as a series of excellent acquisitions that have dramatically broadened its total addressable market (TAM). 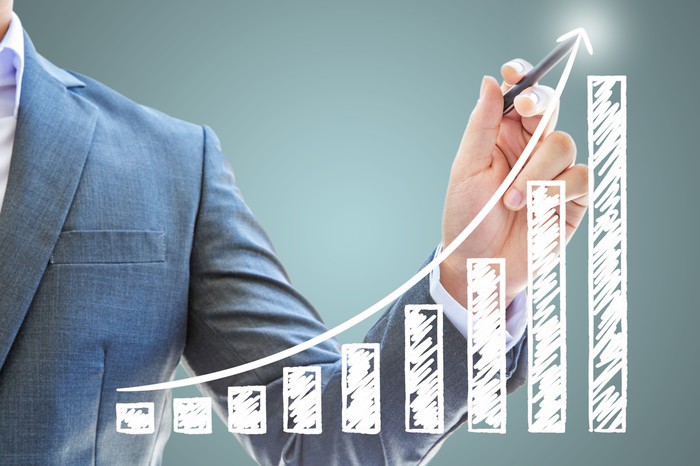 Here, I'd like to go over top three growth opportunities that Broadcom and its shareholders have to look forward to.

Broadcom makes a number of chips critical to the cellular subsystems of high-end smartphones. Each year, the capabilities of cellular modems increase, which necessitates an increase in the capabilities of the accompanying radio frequency (RF) chips -- like the ones Broadcom supplies. Those increases in capabilities generally translate into higher selling prices for the RF chips -- and revenue growth for Broadcom.

In fact, Broadcom CEO Hock Tan said back in September 2018 that "with 5G on the horizon," the company expects "this cadence of annual [cellular capability] upgrades to sustain."

That confidence in 5G, coupled with the impending transition to Wi-Fi 6 at its major customers, leads Tan to expect the company's "wireless revenue returning to double-digit growth in fiscal 2020, following a temporary dip in fiscal 2019." (You can read more about that dip here.)

Last year, Broadcom announced that it planned to acquire mainframe software specialist CA Technologies. The move was originally viewed as puzzling, considering that Broadcom makes its money selling semiconductors and not software. However, it appears that investor comfort around this decision improved dramatically once Tan explained the company's thinking about the acquisition to shareholders.

During Broadcom's earnings call in December, Tan said that "with our acquisition of Brocade, we created a complementary revenue stream to our semiconductors solutions that we are now calling infrastructure software."

The executive then added that the CA buy will help Broadcom grow its infrastructure software business and that the company "will build upon it through acquisitions consistent with our business model."

Last quarter, the company's wired segment saw just 3% revenue growth overall. However, the networking and computing offload subsegment within that business saw eye-popping growth of 22% year over year, an acceleration from the 10% year over year growth that it enjoyed in the prior quarter. Broadcom's networking and compute offload business, per Tan, made up "over two-thirds of our wired segment in the quarter."

The growth of the wired segment is being dragged down by significant declines in its broadband chip business.

What's encouraging is that during the question-and-answer session of the call, Tan explained that the growth that Broadcom enjoyed in its networking and compute offload segment occurred despite the company having not launched any "major milestone products."

In 2019, according to Tan, the company is set to enjoy an additional tailwind from the launch of two new products: Tomahawk 3 for top-of-rack switches and its Jericho 2 chip to "operators for their routing applications."

So the idea here is simple: Investors should be looking at another strong year of growth for Broadcom's networking and compute offload segment within its wired business.

Broadcom investors have a number of growth drivers to look forward to in the near term as well as over the longer term. The company looks poised to profit from the transition to 5G in smartphones, it's building out a large and potentially extremely profitable software business, and the largest part of its wired infrastructure business looks set to experience solid growth for many quarters to come.

Faster Internet Is Coming to the Rural U.S., and These 2 Chip Stocks Could Be Big Winners
413%