A rough fourth quarter and weak guidance caused the stock to crash.

Shares of Tenneco (TEN) fell 15.3% on Thursday after the auto parts manufacturer reported fourth-quarter results that fell short of Wall Street expectations and it offered tepid margin guidance for 2019.

Tenneco reported fourth-quarter EPS of $1.30, missing analyst expectations for $1.41. On its call with investors, the company also said that during a post-merger integration, it identified what it called a "historical error in the capitalization of expenditures in inventory," but said there was no material impact from that error.

Check out the latest earnings call transcript for Tenneco. 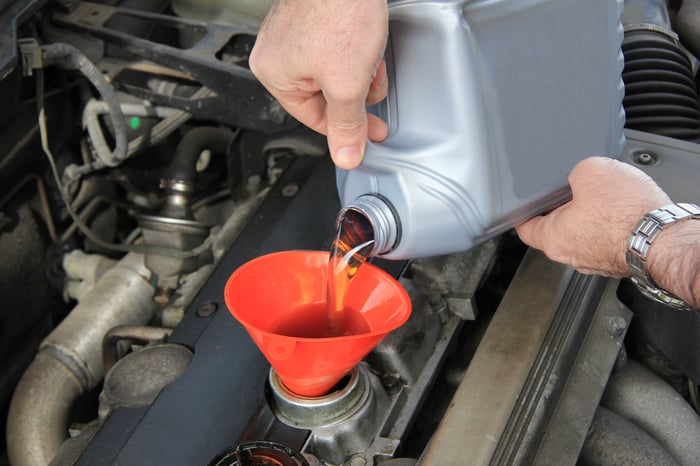 The company said that its EBITDA margin in the quarter was hurt by lower volumes in high-margin sectors including China and in the aftermarket, and by "headwinds from tariffs, steel, and other material economics."

The current year isn't looking much better on profitability. The company forecast 2019 EBITDA margin to be flat versus the 10.4% margin generated in 2018, with higher steel costs and continued low volume in China remaining overhangs. Aftermarket will continue to grow in importance if fears about peaking auto sales are well founded.

Tenneco is a company in transition, having acquired rival Federal-Mogul last fall for $5.4 billion. It's now planning to split the combined business into two publicly traded entities, one focused on powertrains and the other on aftermarket parts, shock absorbers, suspension systems, and brake parts.

The breakup strategy is favored by activist investor Carl Icahn, the former majority owner of Federal-Mogul and -- after the buyout -- the holder of 9.9% of Tenneco's shares. Judging by Thursday's stock performance, other investors have chosen to watch this play out from the sidelines.

Why Shares of Tenneco Are Down Today
420%