Volkswagen AG (VWAGY -2.32%) said at its annual meeting that its fourth-quarter operating profit fell 4.2% from a year ago, to 3.05 billion euros ($3.45 billion), as new emissions-testing rules in Europe led to delays in getting several key models approved for sale in the region.

VW released preliminary full-year 2018 results and an overview of its 2019 guidance last month, on Feb. 25. At its annual meeting in Wolfsburg, Germany, on March 12, VW presented additional information, including detailed fourth-quarter and full-year figures, as well as new information around its plan to ramp up production of electric vehicles. The company also announced an increase to its annual dividend.

Here's what we learned. 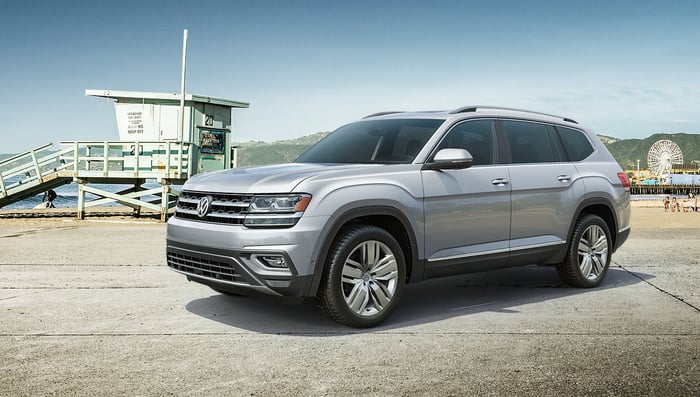 As noted above, VW's fourth-quarter results were hurt in part by the introduction of the new WLTP vehicle-testing protocol in the European Union. VW was forced to delay the introduction of some 2019 models because it needed extra time to get them approved for sale under the new standards.

While Audi and Porsche account for a relatively small portion of the total vehicles sold by the VW Group -- just 14.7% in the fourth quarter -- the two subsidiaries generate an outsized portion of the group's operating income. As they go, so goes the company.

"We are aligning Volkswagen with e-mobility like no other company in our industry," said CEO Herbert Diess.

During VW's annual-report presentation, Diess said that VW is boosting its investments in electric vehicles. The company now plans to launch almost 70 new electric models by 2028, up from 50 in its earlier plan -- and it expects to build about 22 million electric vehicles between now and then.

VW already has about 20,000 reservations for the first of those vehicles, the Audi e-tron SUV and the Porsche Taycan sports sedan. It expects that number to grow sharply once the final production version of its first mass-market long-range electric vehicle, the Volkswagen ID, is presented. VW isn't neglecting infrastructure: It's working with Ionity to have at least 400 fast-charging stations up and running in Europe by next year, and is making significant investments in recharging stations in the U.S. as well, via Electrify America. 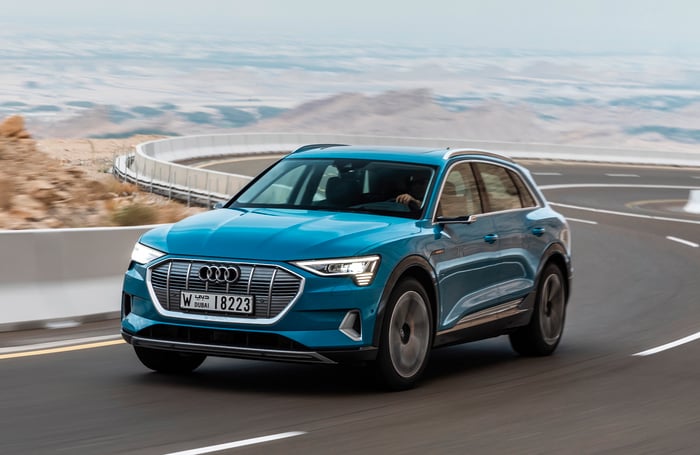 The battery-electric Audi e-tron is now in production, with the first customer deliveries expected this month. Audi has several other electric vehicles in development. Image source: Volkswagen AG.

Of course, this commitment comes with a cost. Volkswagen will reduce the workforce at its core VW brand by about 7,000 workers in a bid to get the brand's operating margin up to 6%, and it will aim to generate 5.9 billion euros ($6.7 billion) worth of annual savings by 2023 via other cost cuts and productivity gains.

About the dividend increase

Witter expanded on the guidance that VW provided with its preliminary 2018 earnings release in February. For 2019, the company currently expects:

Volkswagen Profits Surged in Q1, but the Chip Shortage Will Hurt Q2
413%