Uh-oh: The FBI is investigating a case of alleged hacking by this Walmart contractor.

After years of declines, shares of the office-supplies retailer finally seemed to be getting back on track this year, posting strong gains after last month's fourth-quarter earnings report showed sales reviving (and a small earnings beat). But then bad news appeared.

On Monday, The New York Times reported that employees of IT managed-services provider CompuCom, which Office Depot bought for $1 billion in 2017, are under investigation for allegedly using information gleaned from their work activities monitoring email accounts at Walmart (WMT -1.33%) to gain inside information on the CompuCom client.

Check out the latest earnings call transcript for Office Depot. 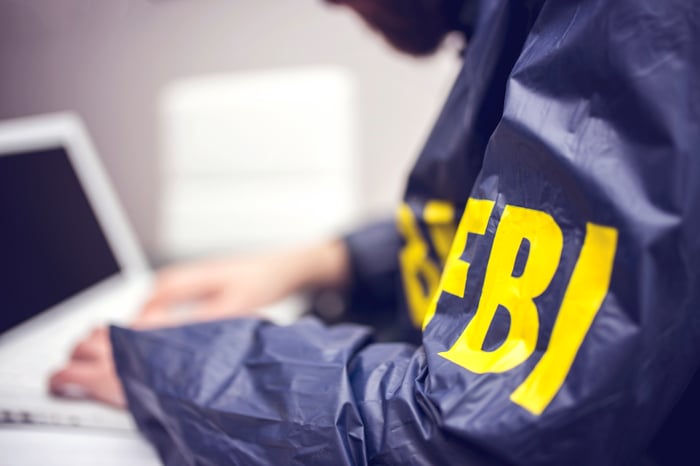 This is worse than just a case of individuals "entrepreneur-ing" to enrich themselves with inside information while on the job at CompuCom. Rather, the FBI alleges that these employees actively rifled through Walmart email records in search of "information that could give [CompuCom] an edge over competitors," then forwarded these emails to their supervisors at CompuCom.

Walmart has reportedly terminated its contract with CompuCom -- shocker! -- which means CompuCom and Office Depot will, at the very least, be taking a revenue hit from this scandal. That could be the least of their problems, however, as the FBI has apparently begun applying for search warrants -- probably preparatory to filing criminal charges against CompuCom and/or its employees.

My hunch: This is going to get a lot worse before it gets better.

Why ODP Stock Jumped on Wednesday
413%