The demographic of electric two-wheeler manufacturer is three- to seven-year-olds.

Harley-Davidson (HOG -0.79%) is apparently looking to capture the minds and wallets of customers from cradle to grave. With its core baby boomer customers dying off or otherwise aging out of the market, the bike maker is turning its attention to the other end of the spectrum by acquiring electric two-wheeler manufacturer StaCyc, whose target demographic is three- to seven-year-olds.

Think of it as a Fisher-Price Power Wheels for children of motorcycle riders. But because it's Harley, of course, it comes with that Harley premium. 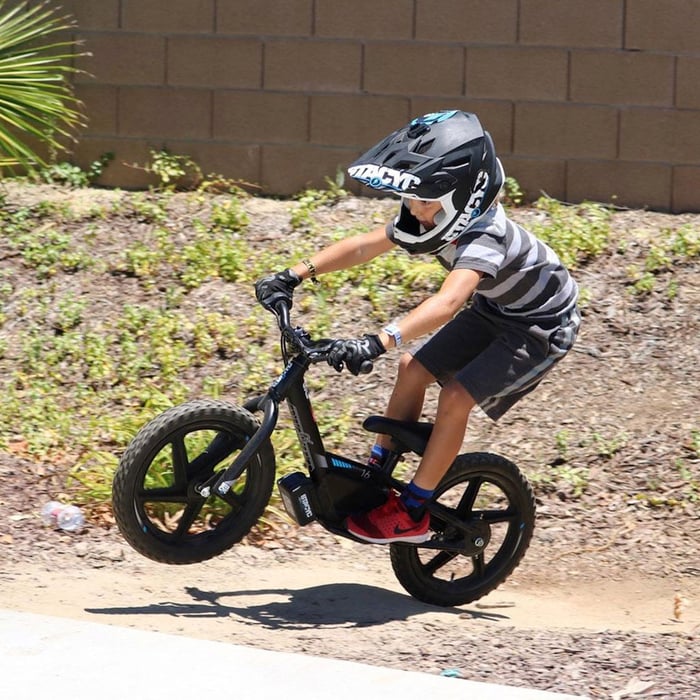 With its acquisition of StaCyc, Harley-Davidson is offering EVs for everyone from toddlers to adults. Image source: Stacyc.

Juicing the next generation of bike riders

Marketing to toddlers isn't quite what most people had in mind when they suggested Harley-Davidson make an acquisition to bring younger riders to the brand and the sport. A manufacturer like ATK Motorcycles, which makes dirt bikes (where many street riders get their first taste of motorcycling), would have made a lot of sense. But with its high-performance LiveWire electric motorcycle hitting the market later this year, Harley-Davidson has bet most of its chips on electric bikes.

Buying StaCyc reaffirms its commitment to going all-in on the niche. In the release announcing the purchase, Harley said it underscores that it "is investing in opportunities that inspire increased ridership in the near term and deliver sustainable growth for the future as part of its More Roads to Harley-Davidson plan."

That plan indicated Harley-Davidson sees electric vehicles as its future. In addition to the LiveWire, it indicated it had a bunch of design ideas for EVs that it would be developing over time, though mostly for foreign markets. Earlier this year, Harley introduced two new electric mountain-bike concepts that it will be working to bring to market, though no specs or prices were available.

Check out the latest earnings call transcript for Harley-Davidson.

When Harley-Davidson got into sports bikes with its acquisition of Buell and MV Agusta, it largely left them to their own devices to make sales. But this time, Harley seems committed to standing behind its initiative. It might as well, because its traditional bike market is falling hard, with sales dropping for 16 out of the last 17 quarters. And three of the last four quarterly declines have been at double-digit rates.

Launched in 2016, StaCyc produces two BMX-style electric-powered two-wheelers designed for kids as young as three: the 12eDrive and the 16eDrive, with the numbers representing the wheel size.

The eDrives come with three different speed settings, with the larger model able to travel up to 11 m.p.h.; it can go for as long as an hour on a single charge, depending upon speed, terrain, and skill level. Recharge time is about an hour, with prices ranging from $650 to $700. Harley-Davidson bikes will appear in select dealerships in the third quarter, while StaCyc models will still be available through its existing distribution network.

Initially, this acquisition seems like an unnecessary diversion. Harley-Davidson has significant problems it needs to deal with in its primary business, and there's no guarantee that the LiveWire will be able to create a high-performance electric motorcycle market where none now really exists. Its electric dirt bikes aren't even beyond the concept stage, but it's buying pricey e-bikes for toddlers (in comparison, a Power Wheels Jeep goes for about $250), even if there are a couple of reasons to recommend the purchase.

Although no financial details were released, presumably Harley didn't spend a lot of money on it, so the bike maker is acquiring a manufacturer with a product on the market that is geared toward a future consumer who could one day grow up to buy later iterations of the LiveWire. It may also one day bring more people over to motorcycling, albeit on the electric side.

Because Harley is convinced the future of motorcycles is electric, it says the acquisition shows "we're demonstrating our commitment by delivering a full range of electric products for a vast audience who will be inspired to imagine and discover what is possible from Harley-Davidson."

Still worth the risk?

Sales might be in the toilet and margins are beginning to erode, but Harley-Davidson has over $1.2 billion in cash on its balance sheet and free cash flow is increasing year over year, and has for some time even. Why not take a flyer on these ventures?

First, they won't move the needle very far on sales. High-priced, high-performance electric motorcycles will be a tough sell, as will be expensive kids EVs, so they're not reversing the current predicament or stemming the losses in market share it is sustaining. It also reinforces the notion that its products are very expensive, part of the problem contributing to its sales decline.

Yet Harley also has about $5 billion in current and long-term debt on its balance sheet, and though it's not showing any sign of being unable to pay the interest on its debt, as sales dwindle further it will impact its ability.

Looking for new avenues of growth is admirable, even essential, but Harley-Davidson is putting most of its eggs in this electric motorcycle basket and if it strikes out, it could end up in an even worse situation than it finds itself now.