2019 has started off extremely well for marijuana stocks. Many of the top companies in the business have seen their shares score big gains in the first few months of the year, bouncing back from poor performance last year and reawakening optimism among investors in the space.

Among the top marijuana stocks so far this year has been Aurora Cannabis (NASDAQ:ACB), whose shares are up 60% year to date. Aurora has built up a reputation for aggressive growth and it's put together a network of production facilities that has made it one of the leaders of the budding cannabis industry.

What's more troubling, though, is the fact that Aurora has followed a strategic game plan that could be hazardous to the financial health of its long-term shareholders. For a hint of just how bad this strategy can become, it's useful to go outside the marijuana industry and see what happened to shareholders in dry-bulk shipping specialist DryShips (NASDAQ:DRYS). 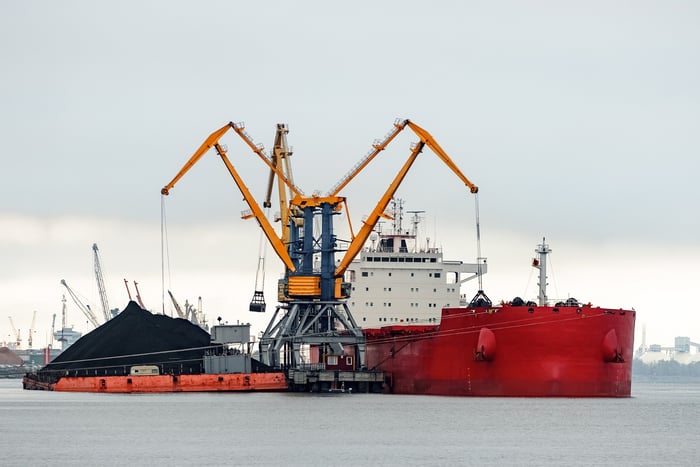 Aurora Cannabis has become a giant in the cannabis industry, quickly ramping up its operations and growing to monumental size. The marijuana producer expects that it'll be able to grow up to 700,000 kilograms of cannabis annually within the next two to three years. A substantial portion of that growth has come from Aurora's own efforts to build out impressive facilities, including its Aurora Sky and Aurora Sun projects in Alberta.

However, Aurora has increasingly relied on acquisitions to find new sources of growth. Just over the past 15 months, those purchases have included the following:

All told, that's pushed the number of outstanding Aurora shares above the 1 billion mark. Although Aurora's market capitalization has climbed substantially, its share price has not, as its stock is actually down 11% over the past year despite the early 2019 surge.

The cautionary tale of DryShips

The experience of DryShips serves as a warning to investors in companies that rely too much on dilutive share offerings. In the early 2010s, the bulk shipping carrier rode the ups and downs of the industry, trying to work with its founder to navigate tough conditions. Yet by 2015, the company was on the verge of failure.

What followed was a massive effort to recover. In 2016 and 2017, DryShips took steps to sell off non-core assets, pay down debt, and salvage what it could financially. It then sought to try to regain its footing operationally.

The problem, though, was that DryShips used its stock as its primary currency during those efforts. In order to acquire vessels, DryShips sold huge amounts of shares in order to raise cash. It would then follow up those share offerings with reverse stock splits, which would reduce the number of shares outstanding but send the stock price back upward. Over that two-year period, DryShips did eight reverse stock splits that, in total, left shareholders with only a single DryShips share for every 11.76 million shares they owned at the beginning of 2016.

The net result was that DryShips' stock plunged 99.9% in 2017, following equally crushing losses in 2016. Yet because of the reverse splits and massive stock offerings, the market capitalization of the company and the change in share prices didn't come close to reflecting the losses -- at least to casual observers of the stock.

To be absolutely clear, Aurora Cannabis is nowhere near the same situation that DryShips found itself in. Aurora's business is still successful, and the prospects for the industry on the whole look favorable. Aurora also doesn't have the same financial challenges that DryShips had.

However, even if the degree to which Aurora has used the same playbook as DryShips is much less, the potential effect of dilution on shareholders is still negative. Early shareholders aren't fully participating in the company's growth over time, and Aurora hasn't yet seemed to identify the impact of stock-based acquisitions on its most loyal investors.

In the long run, Aurora needs to get to the point at which its operations are cash-flow positive enough to self-finance future acquisitions. Given the need to grow quickly, that point might not yet be here. Yet given the extent to which Aurora's rivals have used strategic partnerships and other methods to avoid the same fate, there's no reason why Aurora can't start charting a course that shows it's learned from the lessons DryShips taught investors in another formerly promising high-growth industry.