Investors will be watching Tilray, Guess?, and FedEx stocks for potentially big moves over the next few trading days.

Stocks posted significant gains last week, with both the Dow Jones Industrial Average and the S&P 500 rising by about 2%. The increase pushed the S&P 500 to a new 2019 high, with the Dow trailing slightly. 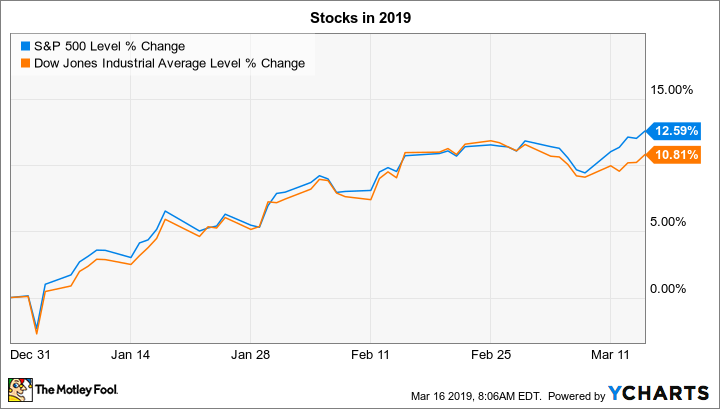 A few of the most anticipated quarterly reports over the coming days will be announced by Tilray (TLRY), FedEx (FDX 0.08%), and Guess? (GES -1.30%). Below, we'll look at what investors can expect to see from these companies.

Tilray posts its fiscal fourth-quarter results after the market closes on Monday. The cannabis giant has had a busy few months since its previous report showed an 86% sales spike as sales volumes shot up to 1,600 kilograms from 684 kilograms a year earlier. Investors are hoping that those tiny figures represent just the early entries of a long-run global growth spike.

As one of the largest Canadian marijuana companies, Tilray has used its size and early mover advantages to secure key partnerships with global consumer giants, including Anheuser-Busch Inbev back in December. The pot specialist in late February also shelled out over 400 million Canadian dollars to acquire Manitoba Harvest and thereby increase its opportunities to market and distribute hemp and CBD-infused food and wellness products across the U.S. and Canada. 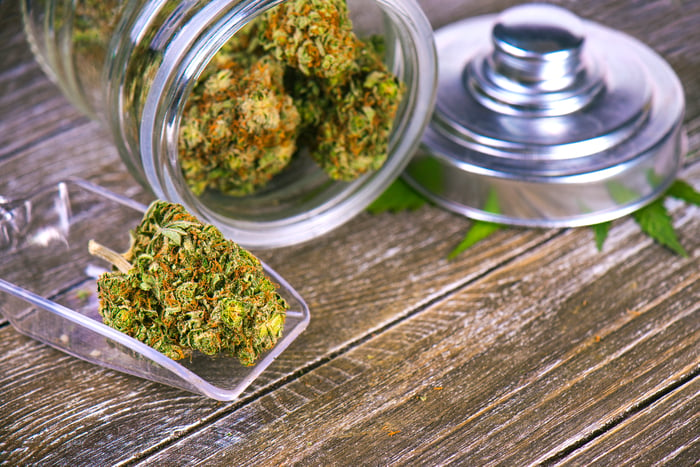 Look for its management team to talk up these deals in Monday's earnings report. After all, its moves toward securing a stronger market position against well-capitalized rivals like Canopy Growth will ultimately determine whether Tilray thrives as the pot industry develops into big business.

Check out the latest earnings call transcripts for Tilray, FedEx, and Guess?

Both FedEx and its rival UPS have seen their stocks languish lately, in part thanks to investor fears that e-commerce giants like Amazon.com are targeting their businesses. But FedEx shareholders have had a rougher time, with shares down almost 30% in the past year.

The main reason for that slump was the lowered guidance that the parcel delivery giant issued in late December, which means investors will be watching the report on March 19 for signs of stabilization in the business. Management blamed its European TNT Express segment for pressuring sales in the fiscal second quarter, and so updates on the economic health of that region will loom large for this upcoming report.

FedEx might have good news to report on the U.S. segment, since e-commerce sales have generally been strong lately. Its aggressive cost-cutting measures in Europe, meanwhile, should help protect profitability during this demand slowdown. Still, investors have big questions about the durability of FedEx's earnings power in this shifting delivery landscape, and they'll be looking for any signs of long-term weaknesses in Tuesday's announcement.

The new CEO of Guess?

After initially plunging in response to its announcement that Guess? is hiring a new CEO, Guess? shares are back in positive territory in 2019 and are sitting up about 50% in the past 12 months. The retailer's rally can be traced to its positive business momentum, with sales rising 10% in the most recent quarter even as profitability improved.

Incoming CEO Carlos Alberini will be hoping to extend those gains into 2019, and he'll have his work cut out for him. Even with last quarter's improvement, in fact, the company's adjusted operating profitability of 3.7% is still less than half of its long-term target.

Investors will find out on Wednesday whether Guess? took another modest step in that direction, and whether Alberini has any bigger plans to make significant changes to the retailer's rebound strategy going forward.

Checking In on FedEx, Nike, and Interest Rates

Is It Time to Buy the S&P 500's 2 Worst-Performing September Stocks?