Tilray announces its Q4 results on Monday. Here's what you're likely to hear in the Canadian marijuana producer's update.

Two of the three biggest Canadian marijuana producers by market cap have already reported their financial results from the quarter ended Dec. 31, 2018. Aurora Cannabis (ACB -1.14%) and Canopy Growth (CGC) both delivered impressive revenue growth. But we don't know yet how Tilray (TLRY), the Canadian marijuana grower with the third-largest market cap, performed in the last quarter. It's currently a mystery -- but not for long.

Tilray will announce its fourth-quarter results after the market closes on Monday. Here are four things you can expect in the company's Q4 earnings update. 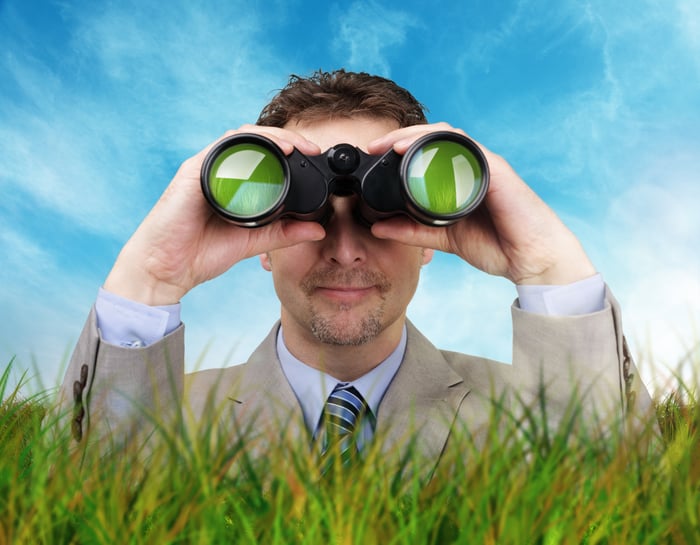 1. Skyrocketing sales, thanks to the recreational-marijuana market

This one's a no-brainer: Tilray's report on Monday will include the first quarter of sales in the Canadian adult-use recreational marijuana market. You can expect that most of the company's Q4 revenue will come from recreational-marijuana sales.

Just how high will Tilray's overall revenue be? Analysts are projecting between $12.2 million and $18.8 million, with an average estimate of nearly $14.5 million. If Tilray hits this average estimate, it would reflect a 45% increase from the previous quarter.

While this level of growth might seem impressive, it would actually be light compared to the numbers turned in by Aurora and Canopy. Aurora reported quarter-over-quarter sales growth of 83%, while Canopy's revenue in the last quarter soared by 256% over the previous quarter.

You might think that Tilray's medical-marijuana sales in Canada might drop with the opening of the recreational market. However, Tilray CEO Brendan Kennedy said in the company's Q3 conference call in November that demand for medical cannabis actually increased in the days and weeks leading up to the legalization of recreational marijuana. It won't be surprising if Tilray's medical sales continued to grow in the fourth quarter.

That's what happened for Aurora. The company's dried-cannabis sales to the Canadian medical market increased by 12% from the previous quarter, while its medical-cannabis extracts revenue grew by 3%. However, those numbers were boosted by Aurora's acquisition of MedReleaf.

On the other hand, Canopy Growth's medical-cannabis sales declined from the previous quarter. One factor that could have impacted these sales, though, was that Canopy targeted its Tweed brand, which had been well-known in the medical-cannabis market for the adult-use recreational-marijuana market.

Tilray has supplied medical-cannabis products to patients in several countries outside of Canada, notably including Germany. But don't expect to see a huge impact from international sales when Tilray reports its Q4 results.

Interestingly, Tilray hasn't broken out international revenue figures in its previous quarterly updates. The company's management team spoke a good bit about its international operations in the Q3 conference call, but never hinted at any sales figures from those operations.

Tilray lost $18.7 million, or $0.20 per share, in the third quarter. Despite the near certainty that Tilray will announce tremendous revenue growth, the company is still likely to post yet another big net loss.

Analysts think that Tilray's Q4 net loss will be $0.20 per share at the worst and $0.06 at the best. The consensus estimate is that Tilray will post a net loss of $0.12 per share. That would reflect an improvement on the bottom line for the company, though.

At least Tilray will be in good company. Most of its peers continue to operate in the red. Aurora lost a whopping 237.8 million in Canadian dollars (around $178 million) in its last quarter, although roughly CA$190 million ($142 million) resulted from adjustments on derivative instruments. Canopy Growth reported a profit in its last quarter, but only because the fair value of its senior convertible notes decreased significantly.

Tilray's capacity will increase this year, particularly with its acquisition of Natura Naturals Holdings. That should drive the company's revenue higher.

Remember, too, that the market for cannabis beverages, edibles, and concentrates is expected to open for business in the fourth quarter of 2019. Tilray teamed up with Anheuser-Busch InBev to research cannabis-infused beverages for this market. This could provide another nice boost for Tilray's top line.

While international sales are still relatively small, they'll no doubt become a much bigger part of Tilray's business in the future. The company's Portugal facility should be key to its success in supplying the rapidly expanding European medical-cannabis market.

It's probably a fair assumption that the results that Tilray announces on Monday will be its worst numbers reported in 2019.

3 Robinhood Stocks to Avoid Like the Plague in November
401%