It got one on Wednesday, as Lufthansa (OTC:DLAK.Y) placed an order for 20 Boeing 787-9 Dreamliners. The European airline giant also ordered an additional 20 A350-900s from Airbus (OTC:EADSY), adding to the 25 it previously ordered -- of which it has already received 12. These deals will allow Lufthansa to retire most of its fuel-guzzling four-engine jets in the coming years. 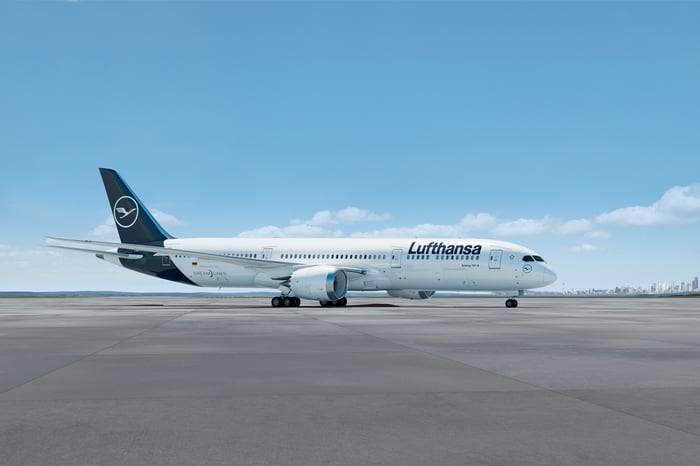