The company's focus on the IoT and automotive markets could pay off handsomely.

At Cypress Semiconductor's (CY) recent financial analyst day, the key theme was how it has become -- in management's own words -- "a structurally improved company" that's laser-focused on two key growth opportunities: the Internet of Things (IoT) and the automotive sector.

Let's take a look at these markets, and how Cypress Semiconductor plans to capitalize on their growth. 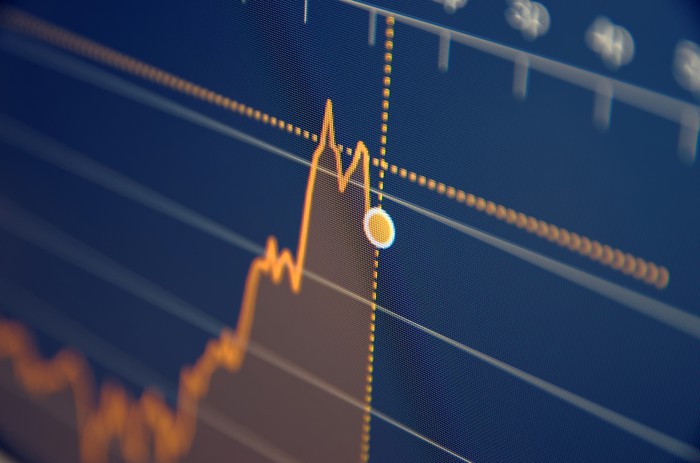 Many chip companies have expressed enthusiasm regarding the emergence of smarter, more-connected vehicles. Cypress Semiconductor, in its analyst day materials, even boldly claimed that "autonomous cars will not happen without Cypress."

Cypress claims that between 2016 and 2018, its sales of those products have collectively grown at a 14% compound annual rate. From 2019 through 2023, the company expects the segment to deliver a compound annual growth rate of 8% to 12%. That would be slower than in prior years, but that growth will be coming off of an ever-increasing baseline. And, to be frank, sustaining that pace over a relatively long period of time would be quite impressive.

Fueling the company's expectations are its forecasts about the increasing dollar value of the silicon in cars. For instance, Cypress says that in 2018, the typical dollar value of a wireless connectivity solution in a car was about $11. By 2023, the company expects that to triple to $33.

Another example that Cypress cites is the continued rise of automated driver-assistance systems (ADAS). The company argues that NOR flash is required for "high performance, fail safe, storage solutions," and asserts that it's in a strong position to capitalize on that demand. The company claims that its NOR flash is "qualified in 100% of ADAS platforms" and that it's "single sourced in 50% of ADAS platforms."

The second growth opportunity that Cypress is pursuing is IoT. Its offerings in that arena from a hardware perspective overlap significantly with what it sells into automotive. Indeed, the company's programmable SoC ("PSoC") chips as well as its wired and wireless connectivity chips are common to both segments, which should allow it to leverage its core technology investments broadly across its business.

During its analyst day presentation, Cypress talked up the merits of its latest PSoC 6 chips, claiming that they have advantages in power consumption, security, and programmability over competing products. Management then went on to highlight a number of case studies that showed the benefits of its PSoC 6 chips in real-world products.

For example, Cypress' PSoC 6 chips are at the heart of two wearable devices -- the Fitbit Charge 3 fitness tracker and the Oura Ring sleep tracker. The PSoC 6, Cypress claims, incorporated the key functionalities required for those devices into a single chip, and was efficient enough to give them seven-day battery lives.

What does all of this translate into from a financial perspective? Well, the company claims that between 2016 and 2018, its IoT revenue has grown at a 39% CAGR, dramatically outgrowing the rest of the business. Cypress expects the IoT segment to remain its fastest growing between 2019 and 2023, with a forecast CAGR of between 12% and 14%. The company expects that by the end of 2023, the IoT business will be its largest revenue generator.

Cypress laid out a compelling case that it has transformed itself in pursuit of significant, sustainable long-term growth opportunities. The automotive and IoT chip markets look like they're set to grow, and Cypress' portfolio of products appears well positioned to capitalize on that growth. In fact, Cypress is betting that its revenue from the "markets that matter" will grow faster than the overall industry -- or, put another way, it expects to gain share across these markets in the years to come.

One headwind to that growth is that a significant portion of Cypress' revenue in 2018 came from so-called "legacy" markets, and the company expects revenue from those to decline at a compound rate of between 2% and 4% annually from 2019 to 2023. (The company also recently announced the divestiture of its NAND business, a move that should significantly cut its legacy markets revenue.)

All that being said, Cypress thinks it can grow revenue at a 7% to 9% annualized clip from 2019 through 2023, and I think that expectation is credible. If the company fully capitalizes on its opportunities, the stock could trade quite a bit higher than it currently does in the years ahead.