iPad sales grew faster during the holiday quarter than they had in nearly six years. Will these refreshed devices help Apple keep the momentum going?

Tech giant Apple (AAPL 2.44%) debuted two new iPad models on Monday, updates that could help the company keep up its recent growth in the segment. Apple's tablet business, which had been experiencing revenue declines for years, is finally on the rise again, thanks primarily to the popularity of the new iPad Pro, and management clearly hopes these latest offerings will keep the upward trend going.

Following recent refreshes to the high-end iPad Pro and its entry-level iPad last year, the company has now tackled the iPad mini and iPad Air. 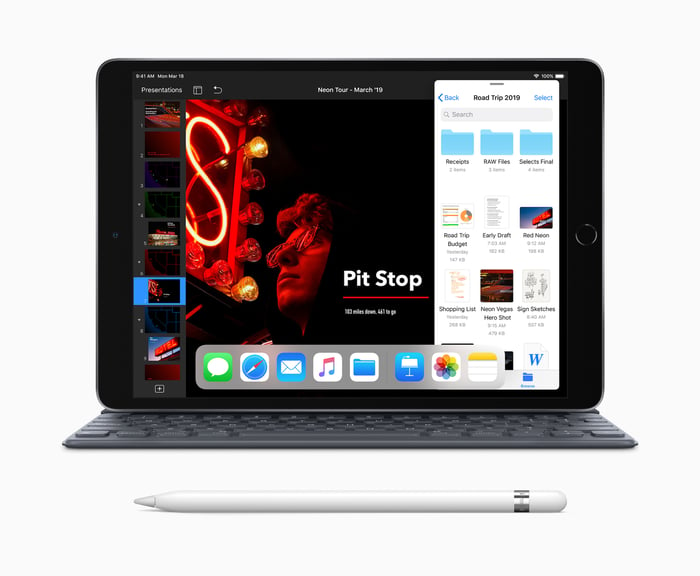 Apple's new iPad Air features an ultra-thin 10.5-inch display and supports both Apple Pencil and Smart Keyboard. The new device "offers high-end features and performance at a breakthrough price," the company said in a press release.

The hyperbole about price in not unjustified: The new iPad Air has same display size as Apple's just-discontinued iPad Pro model, but its starting price of $499 is $150 lower. And its performance is significantly better than the previous iPad Air.

With the A12 Bionic chip with Apple's Neural Engine, the new iPad Air delivers a 70 percent boost in performance and twice the graphics capability, and the advanced Retina display with True Tone technology is nearly 20 percent larger with over half a million more pixels.

Apple's fifth-generation iPad mini is similarly a major upgrade from the previous version of the device, yet it maintains the former generation's $399 starting price. 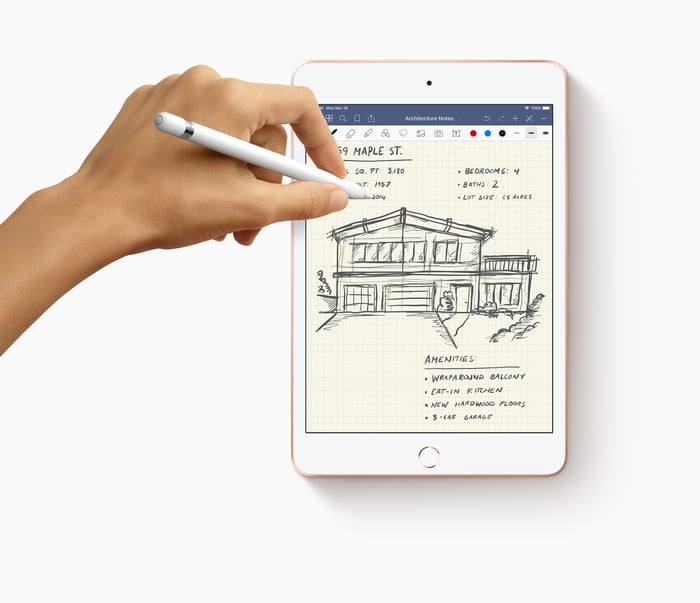 "With the A12 Bionic chip, the new iPad mini is a powerful multi-tasking machine, delivering three times the performance and nine times faster graphics," Apple said about the 7.9-inch tablet.

Spec improvements are significant. "The advanced Retina display with True Tone technology and wide color support is 25 percent brighter and has the highest pixel density of any iPad," Apple noted, "delivering an immersive visual experience in any setting."

Importantly, this is the first iPad mini to support the Apple Pencil.

Apple's iPad revenue jumped an impressive 17% year over year during the first quarter of its fiscal 2019. That was the highest growth rate for the segment in nearly six years, said CEO Tim Cook during the fiscal first-quarter earnings call. The segment also posted slightly higher revenue over the trailing 12 months than in the prior-year period. Recent growth in the segment has been fueled by the March 2018 launch of an aggressively priced standard iPad with Apple Pencil support for the first time, as well as new iPad Pros with an overhauled design that eliminated the home button.

With the middle of Apple's iPad lineup now refreshed as well, growth in the segment could keep chugging along. But investors shouldn't count on it, since global tablet sales have been declining; they fell by about 6% in 2018, according to data from Strategy Analytics' Connected Computing Devices service.