A pair of popular Chinese live-streaming platforms are among this year's biggest winners, but one offers more compelling risk and valuation advantages over the other.

Streaming video has birthed some of China's fastest-growing companies, and investors searching for stocks that are still in the early stages of their life cycles have a couple of viable options for portfolio consideration. Momo (MOMO -5.60%) and HUYA (HUYA -8.05%) may not be household names, but they're more than four-letter words to the savvy investors who have hopped on the dot-com speedsters.

Momo and HUYA are among some of 2019's biggest gainers. Momo -- a social dating and live-streaming leader -- has seen its stock rise 62% so far this year. Streaming video-game platform operator HUYA is faring even better, up a scorching 73% in that time. Momo and HUYA are hot, but which one is the better buy right now? Let's size up the two stocks to see which one has the best chance to outperform in the year ahead. 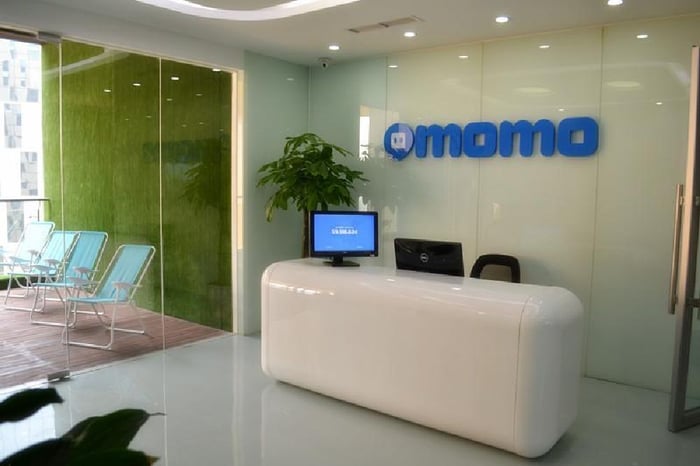 When you set the bar high, it's important to be able to clear it, and that's just what Momo did last week when it posted its fourth-quarter results. Revenue rose 50% to land at $559.1 million in the final three months of 2018, but that was comfortably ahead of the 43% to 47% it was targeting for the period a few months earlier.

Like HUYA, live-video broadcasting has become Momo's bread and butter, accounting for 77% of the revenue mix. The platform's popularity is growing. Monthly active users have grown from 94.4 million to 113.3 million over the past year. Revenue is growing faster than that because Momo is getting better at monetizing its traffic through membership subscriptions and virtual gifting revenue.

Check out the latest earnings call transcript for Momo and HUYA.

Even more growth for HUYA

As solid as Momo's growth may be, HUYA is growing more than twice as fast. Revenue for the company that many are describing as "the Twitch of China" saw its revenue skyrocket 103% in its latest quarter.

HUYA begins 2019 with 116.6 million monthly active users -- in line with Momo's engaged audience. Like Momo, we're seeing revenue at HUYA grow a lot faster than the 35% year-over-year increase in active users as the platform gets better at cashing in on its popularity.

It's been exactly four months since fellow Fool Leo Sun pitted the two companies against one another, ultimately siding with Momo as the safer long-term investment. He gave Momo the nod for three reasons:

Those factors remain the same, although thankfully, China has started to loosen its tight grip in the gaming industry. HUYA is certainly growing faster, but it's also not as profitable or as cheap as Momo. Despite the big run-up in 2019, Momo is trading at just 14 times this year's projected earnings and 11 times next year's target. HUYA's multiple is four and three times greater, respectively, with the stock fetching 56 times this year's expected bottom-line results and 33 times next year's forecast.

With both companies calling for revenue to decelerate in the current quarter, we can't overlook the much cheaper valuation in Momo's corner. HUYA also trades at nearly double the revenue multiple. Both stocks should continue to beat the market if Chinese growth stocks don't fall out of favor the way they did during the second half of last year, but Momo remains the better buy, here.