Two companies from opposite ends of the planet are trading at low earnings multiples with decent dividends and even better long-term growth prospects.

I will always be a growth investor, but I don't mind saying I have a few value stocks in my portfolio. Having a low earnings multiple and a chunky yield has helped smooth out some of the market's rockiness lately -- but I have to confess that I like even my value stocks to have some potential catalysts for growth.

Camping World Holdings (CWH -3.07%) and Momo (MOMO -5.35%) are two stocks with all of the classic traits of value stocks. They trade at low earnings multiples. They return a fair amount of their money to shareholders in the form of healthy distributions. They also have the potential to appreciate nicely as growth stocks in the years ahead. Let's size them up. 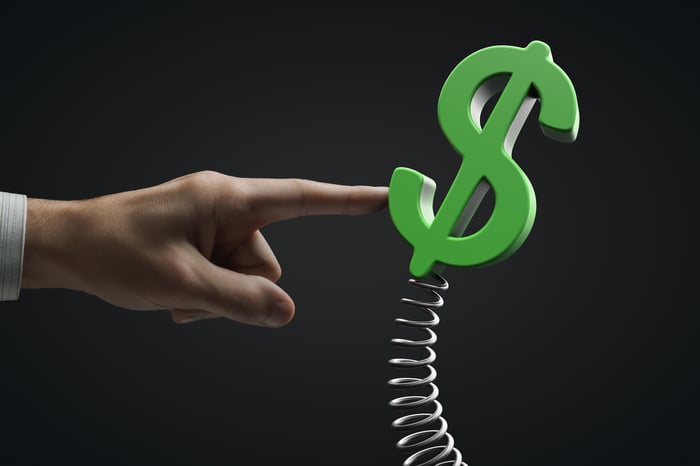 Being the leading retailer of motorhomes and recreational-vehicle towables is a pretty good place to be these days. Folks are hungry to travel but cautious about hopping on a plane or sharing lodging space with hundreds of other travelers in a hotel. Camping World is making the most of the situation, offering living spaces on wheels.

Revenue has risen by 18% and 21% in its two most recent quarterly reports. It will announce results for the first three months of this year next week, and we should see top-line growth accelerating in 2021. The RV Industry Association sees new RV shipments climbing 23% this year. Camping World is an even better growth story on the bottom line. It has beaten Wall Street's profit forecast by at least 55% in each of the past four quarters.

Camping World is getting plenty of love from the market these days. The stock is a 12-bagger since bottoming out 13 months ago. That doesn't mean it's expensive. It was just sorely misunderstood when the pandemic sell-off happened. The stock traded as low as $3.40 in March, even though posted $3.66 a share in adjusted earnings for all of 2020. When's the last time you saw a stock that traded for what would eventually be less than its forward earnings?

The valuation is still reasonable. The stock is rolling right now, but it's still trading at 12 times trailing earnings and just 10 times this year's likely conservative expected profit. There's also a 2% yield here. You don't see too many stocks posting accelerating double-digit revenue growth trading at earnings multiples this low.

On the growth spectrum, Momo is going the other way -- but bear with me here. Momo was one of China's fastest-growing online companies a few years ago, backed by the booming popularity of its namesake social search app and its Tantan online dating platform. Five years ago, its revenue nearly quadrupled. It's been all downhill from there.

The past year hasn't been pretty. Monthly active users have dipped from 114.5 million at the start of 2020 to 113.8 million by the end. The number of premium users -- folks paying for Momo's live video and value-added services -- have fallen even harder, from 13.8 million to 12.8 million accounts.

Momentum isn't kind with Momo, but there are some signs of stabilization. Momo sees revenue posting a year-over-year decline between 3.7% and 6.5% for the first quarter of this year, with some positive trends in its content ecosystem as well as its core business.

The weigh-in is where Momo starts becoming more attractive. It remains very profitable, and while 2020 was a down year for both ends of the income statement, it's trading at just 10 times its trailing reported earnings and just 7.5 times its adjusted earnings of $2.02 a share.

Momo also declares annual dividends, and while it keeps most of its earnings to fuel its growth and pad its cash, the $0.64-per-share annual payout it just sent out translates to a 4.2% yield. With ample cash reserves to get its apps back on track or buy its way into reinvention Momo is a dirt-cheap stock with plenty of time to make a turnaround happen.