Oracle (NYSE:ORCL) reported its third-quarter earnings on March 14. The tech giant's revenue fell 1% (but rose 3% on a constant currency basis) annually to $9.6 billion, narrowly beating estimates by $20 million. Its non-GAAP net income fell 8% to $3.2 billion, but aggressive buybacks boosted its non-GAAP earnings per share 8% to $0.87 per share, which beat expectations by $0.03.

Oracle's stock barely budged after the report, indicating that investors were indifferent to its anemic sales growth and use of buybacks to "buy" an earnings beat. But is this the new norm for Oracle, or is the company merely treading water until other catalysts kick in? 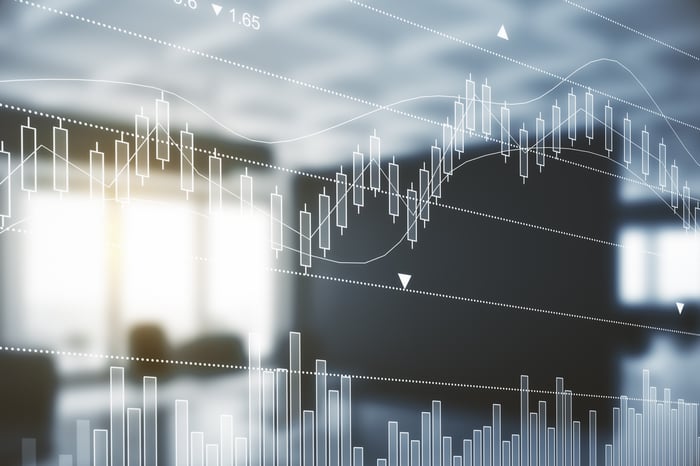 Oracle's core strategy is to pivot away from its slower-growth on-premise hardware and software businesses toward higher-growth cloud services. Oracle previously disclosed the growth of its cloud service revenues separately.

However, Oracle's cloud services growth decelerated throughout fiscal 2018, and the company stopped disclosing those figures separately in the fourth quarter. Instead, Oracle merged its cloud services with its older businesses in two new segments: the Cloud Services & License Support unit and Cloud License & On-Premise License unit.

That change made it much harder to gauge the strength of Oracle's cloud business. However, the growth of Oracle's two new segments -- which generated 82% of its sales during the third quarter -- remained weak over the past four quarters:

On the bright side, Oracle noted that its higher-growth Fusion HCM, ERP, Supply Chain, and Manufacturing Cloud applications revenues rose 32% annually during the third quarter, and its NetSuite ERP Cloud applications revenues climbed 30%. Unfortunately, the growth of those newer businesses just wasn't strong enough to move the needle for Oracle, which remains hamstrung by its older database and business software products.

Check out the latest earnings call transcript for Oracle. 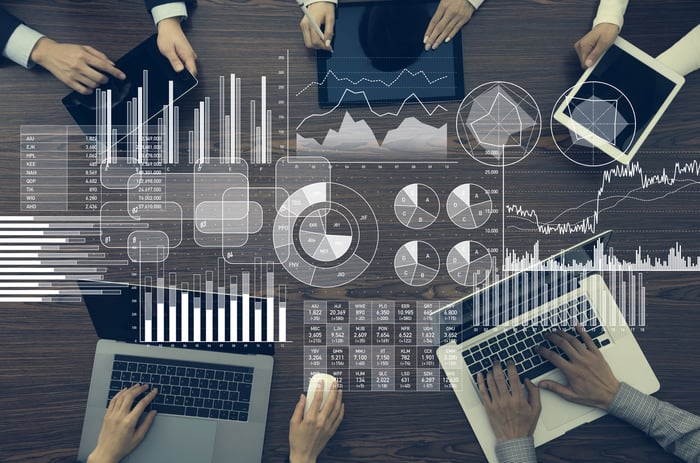 Moreover, Oracle's top cloud services are still growing at a slower rate than the market-leading cloud services of Amazon.com and Microsoft. In their most recent quarters, Amazon's AWS (Amazon Web Services) revenue grew 45%, while Microsoft's commercial cloud revenues rose 48%. Amazon and Microsoft are also both creeping into Oracle's backyard by integrating database services into their cloud ecosystems.

Oracle's short-term deferred revenue, a key indicator of future demand, rose just 1% to $8 billion during the quarter. However, its non-GAAP operating margin rose 1 percentage point annually to 44% as its lower-margin hardware business (10% of its revenue) shrank and its higher-margin cloud businesses expanded -- indicating that its sluggish turnaround effort is still boosting its margins.

For the fourth quarter, Oracle expects its reported revenue to fall 1% at the midpoint, and for its non-GAAP earnings to rise 8%. It expects a strong dollar to throttle its sales growth by up to 3% and to knock $0.03 off its EPS. In other words, investors should expect more anemic sales growth with buyback-fueled earnings beats for the foreseeable future.

Oracle bought back 728 million shares over the past 12 months to reduce its outstanding shares by 16%. It also recently boosted its quarterly dividend 26% to $0.24 per share, which gives it a forward yield of 1.8%.

Those moves are aimed at boosting shareholder value, but they're problematic. Oracle's main problem is its lack of sales growth, so it would arguably be smarter to buy other companies instead of its own stock. A dividend hike is also good for current investors, but its yield remains too low to attract serious income investors.

Warren Buffett's Berkshire Hathaway recently sold all of its Oracle shares after just one quarter. Buffett subsequently stated that he didn't "understand" Oracle's business well enough, and noted the similarities between Oracle and IBM -- another struggling tech company that Berkshire recently dumped.

Indeed, Oracle seems to be making the same mistakes as the old IBM: It faces tough competition, it's struggling with sales growth, it's inflating its earnings with buybacks, and it isn't spending enough cash on the expansion of its business. Therefore, investors should steer clear of Oracle and buy more promising tech stocks instead.