What remains of the company that used to be Nextel saw its stock sink nearly 28.4% Monday (as of 11:20 AM EDT) after reporting Q4 earnings -- but not because of those earnings, unless I miss my guess.

NII Holdings reported a $10 million operating loss for its fiscal fourth quarter, and a $42 million loss for 2018 as a whole. Those numbers sound bad, but they're probably not the reason the stock is going down so much today. That reason is the other news NII released today.

To wit, NII and its partner AI Brazil Holdings have agreed to sell their respective interests in Nextel Brazil to América Móvil S.A.B. de C.V. (NYSE:AMX) for a total of $905 million after subtracting fees and debt. 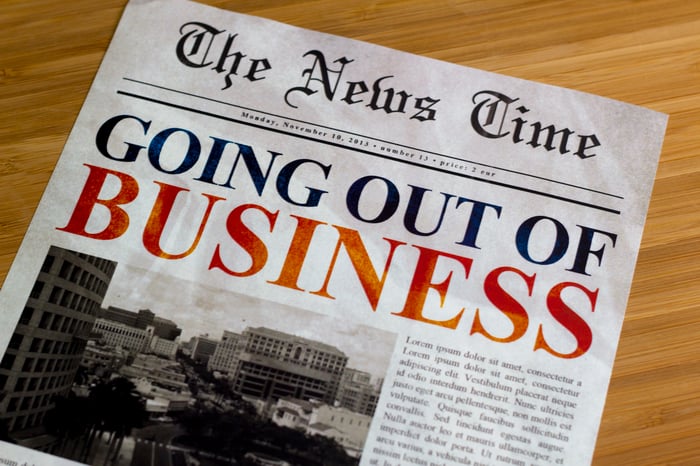 Nextel Brazil represents NII's only "remaining operating assets," and so, upon completing this sale, NII intends to "dissolve and wind up NII after the closing of the transaction," distributing whatever cash it ends up with to its shareholders and disappearing into the pages of history.

But here's the thing: NII owns 70% of Nextel Brazil, so its share of this sale price should be about $633.5 million (before the above-noted adjustments). However, NII has about $445 million in net debt on its balance sheet. Added to the company's current market capitalization of $237 million, that makes $682 million in enterprise value -- more than the company is currently worth.

Check out the latest earnings call transcript for NII Holdings.

This seems to suggest that even down 29% today, NII Holdings stock could still fall some more. Adding to these fears, all management is able to promise today is that after winding up its business, it hopes to be able to pay its shareholders "$1.00 to $1.50 per share, depending on a number of variables," and maybe some "additional amounts" -- but also maybe not.

Given that NII stock currently costs more than $2 a share, and there's a real risk investors will get less than that once the business winds down, it's little wonder folks are trying to get out while the getting's still...not good exactly, but at least less bad than it might soon become.