The first stock you ever buy could be the most important. These three names won't disappoint.

Building a winning portfolio is no easy task. One simple way to avoid many of the pitfalls that plague individual investors, though, is to start off with a stock with a history of delivering solid returns for a decade or more.

With this theme in mind, we turned to three of our Motley Fool contributors to get their take on which top stocks are worth considering as the cornerstone for a newly minted portfolio. They suggested Pfizer (PFE -0.63%), Activision Blizzard (ATVI -2.42%), and Nike (NKE -1.12%). Read on to find out more. 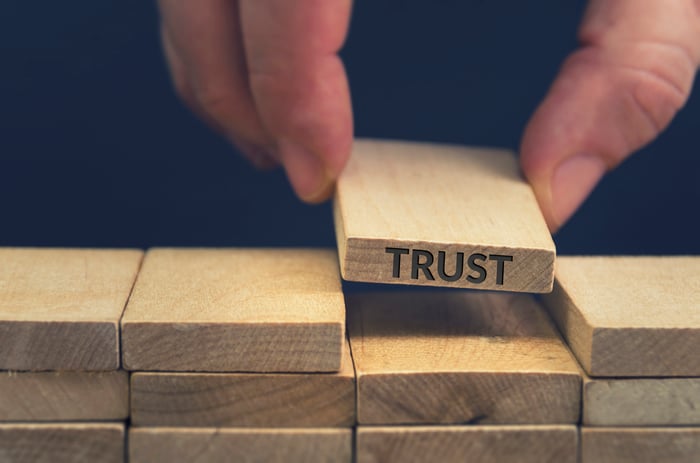 George Budwell (Pfizer): Pharmaceutical behemoth Pfizer may not jump out as a "must-own" stock, but this company has a lot to offer investors. In fact, this mega-cap drugmaker is arguably one of the best stocks to use as a base to build your broader portfolio.

Pfizer, after all, sports an outstanding dividend program and stellar free cash flows, and its long-term outlook continues to improve thanks to a rapidly growing oncology franchise. The company has also shown a penchant for producing outstanding returns on capital, even in the face of numerous headwinds, such as the drug pricing controversy in the U.S. and a slew of patent expirations.

Over the past 10 years, for instance, Pfizer has literally lost billions in annual sales due to the loss of exclusivity for blockbuster products like Celebrex, Lipitor, and Viagra. Yet the drugmaker's stock still produced a total return on capital in excess of 324% over this 10-year period (including dividends and assuming a dividend reinvestment plan).

Now, that return on capital might not have beat most of the major markets during this period, but it's impressive nonetheless. Simply to keep pace with the broader markets, after all, Pfizer had to overcome a litany of internal and external threats to its top line, while most of its peers were enjoying record-setting earnings and revenue hauls.

Put simply, most companies probably would have seen their share prices and underlying fundamentals drop off a cliff in the face of similar headwinds. But Pfizer's stock didn't miss a beat -- even as the company's product portfolio and business model both came under intense pressure. So with better days close at hand, Pfizer's stock appears set to continue its steady climb northward, making it an outstanding equity to own as a foundational piece for any portfolio.

Check out the latest earnings call transcripts for Pfizer, Activision Blizzard, and Nike.

A top play in the video game space

Keith Noonan (Activision Blizzard): Recommending a stock that's lost roughly half of its value over the last year as one to build a portfolio around might be controversial -- and it's fair to say that Activision Blizzard is a controversial stock at the moment. In addition to the big share price volatility, a few of the company's key franchises are losing steam, and some analysts see its growth opportunities being significantly diminished in light of stricter content regulations in China and the emergence of new, high-profile competition such as Fortnite.

It's clear that Activision Blizzard is going through a transitional period, but the big sell-offs and uncertainty surrounding its near-term outlook actually present a worthwhile opportunity to build a long-term position in a company that has historically been adept at navigating the challenges of its industry and has a lot of great assets.

Activision Blizzard still has some of the most talented development studios in the industry, and big franchises like Call of Duty, Overwatch, and StarCraft give the company a base sales level and position it to take advantage of growth in categories like esports and an expanding global entertainment market. The publisher is in the early phases of bringing some of its biggest franchises to mobile, and it should also continue to see positive margin catalysts from games being sold as digital downloads instead of at brick-and-mortar retailers.

The video game industry reaches more people today than ever before, but it still looks poised for big growth over the long term, and Activision Blizzard stands out as one of the most appealing investment opportunities in the space. Shares are a "buy," trading at roughly 19 times this year's expected earnings.

This stock just does it

Jeremy Bowman (Nike): When I think of a stock to build a portfolio around, I want a stock with long-term growth opportunities, competitive advantages, and a strong market position. One stock that meets all those qualifications and then some is Nike, which has dominated the sports footwear and apparel industry for a generation.

The stock could satisfy both dividend and growth investors; the company pays a dividend yield of 1% and is on track to become a Dividend Aristocrat, as it's raised its payout every year since 2004. However, Nike is also putting up solid growth, having withstood recent challenges from Under Armour and Adidas. Through the first half of its current fiscal year, revenue has increased 10%, and macro trends like the growing popularity of athleisure should help drive steady growth.

The enduring power of sports and Nike's mastery of marketing with the help of sponsorships from some of the world's greatest athletes should help it maintain its leadership in the industry. Nike is a global brand, and its logo is one of the most recognized in the world. Though North America is its biggest market, the company is delivering strong growth in emerging markets like China, which should help fuel sales over the long term.

Nike has successfully adapted to the changing industry dynamics in retail and remains popular across demographics. It should continue to dominate the sportswear world and put up steady growth over the next generation just as it has in the last.