Investors seemed to like what they saw in Tilray's results. The stock jumped in after-hours trading on Monday and rose in early trading on Tuesday. But what about the numbers that investors didn't see? Here are four things that Tilray should have revealed in its Q4 update but didn't. 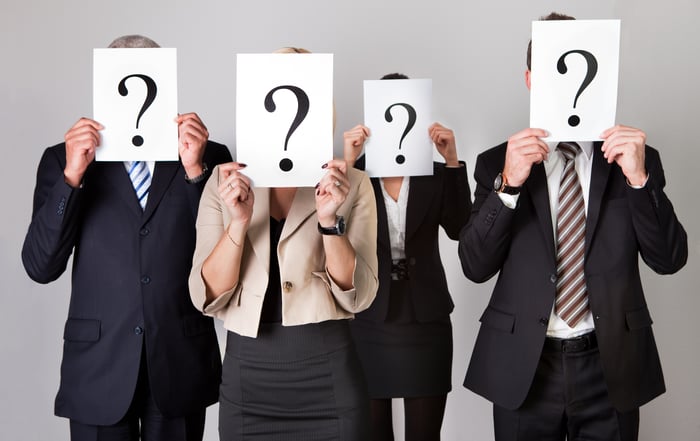 Tilray reported fourth-quarter revenue of $15.5 million. But it wasn't clear from the company's press release announcing its results exactly what that revenue included.

During Tilray's Q4 conference call, Brendan Kennedy was asked to clarify if the company's revenue figure was on a gross or a net basis. He responded, "Yeah, that's net revenues, but it does include taxes." In other words, Tilray's "net revenue" corresponded to its peers' gross revenue. Including excise taxes in the figure, of course, makes the number higher.

Aurora Cannabis and Canopy Growth also clearly noted how much of their total revenue in the quarter ending Dec. 31, 2018, came from medical marijuana sales and how much came from the adult-use recreational marijuana market. Tilray didn't.

The only information that Tilray revealed on this is that some of its year-over-year revenue growth of 203.8% was driven by "the inaugural sales for the Canadian adult-use market." It's obvious that a lot of the company's growth was fueled by the recreational marijuana market, but investors have no hard number from either Tilray's press release or its Q4 conference call.

You'd think that Tilray would focus on its international sales, especially considering that Brendan Kennedy stated in the Q4 conference call that "the United States and European markets are orders of magnitude larger than Canada." The company's fourth-quarter press release referenced higher spending on "expansion of international teams." But were there any international sales numbers? Nope.

Again, Tilray's major peers clearly stated their international sales results from the last quarter. International sales are still small for Aurora and Canopy Growth, but the numbers are important enough to include in their quarterly updates. Tilray was the first Canadian marijuana producer to market both cannabis flower and cannabis oils in Germany -- the biggest international marijuana market outside of North America. It's somewhat surprising that the company didn't at least provide a few details on its international operations.

Tilray CFO Mark Castaneda said in the company's conference call that "the procurement of third-party supply" was a key reason behind gross margins falling to 20% in the fourth quarter from 57% in the prior-year period. Brendan Kennedy stated later that "the third-party supply is primarily because we have significant demand for our products and we're just not able to produce enough to demand."

There's no question that Tilray wasn't as transparent in its quarterly update as Aurora Cannabis and Canopy Growth were. But does it matter? Yes and no.

On one hand, some of the omitted details can be estimated to some extent. It's not too difficult to calculate a ballpark figure for Tilray's actual net revenue, for example. We could also probably come pretty close to guessing how much of Tilray's Q4 sales came from the medical market versus the recreational market.

However, it is at least a little concerning that Tilray apparently doesn't feel that shareholders and the investment community deserve to know the details that other major marijuana producers readily share. With the increasing importance of international markets, investors will definitely want to know how the company is performing in those markets compared to its domestic results. For some, the lack of transparency raises another question: If Tilray doesn't reveal these things, what else is the company not telling us?

Of course, none of this matters much at all for investors who aren't considering buying Tilray stock. My hunch is that most investors fall into this category. There are simply too many other marijuana stocks that are better buys.