Aurora Cannabis was the first of the biggest Canadian marijuana producers to report its results for the quarter ending Dec. 31, 2018 -- the period that included the start of legal recreational marijuana sales in Canada. Canopy Growth followed a few days later. HEXO announced its results last week.

Tilray (NASDAQ:TLRY), the third-largest marijuana producer by market cap, joined the club on Monday. It posted tremendous revenue growth along with another net loss. But there was something in the company's fourth-quarter update that didn't receive nearly as much attention as those headline numbers -- and it's even more important for Tilray's future. 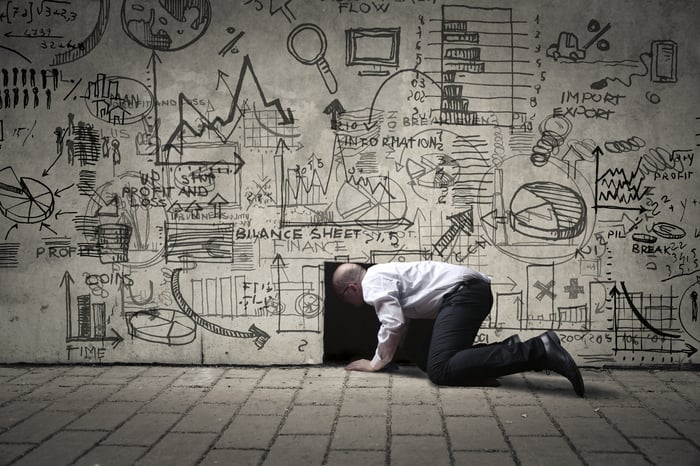 Most investors focus on figures from a company's income statement. There's nothing wrong with that. It makes sense that profits and losses are the first things that grab your attention. However, don't overlook the balance sheet.

Perhaps the most critical number in Tilray's update was listed on its balance sheet: the company's cash position. Tilray reported that it had cash and cash equivalents of $487.3 million as of Dec. 31, 2018. Including the company's short-term investments of $30.3 million, Tilray had a total stockpile of $517.6 million.

How did Tilray build up so much cash while continuing to lose money? Just look lower on the balance sheet. Tilray has a liability of $420.4 million in convertible senior notes. This came from the company's debt offering in October 2018.

Issuing convertible senior notes allowed Tilray to raise much-needed capital. The trade-off is that the holders of the senior notes can convert them into shares down the road. When that happens, it will dilute the value of existing shares. However, dilution later is usually more palatable to investors than dilution now.

To understand why Tilray's large cash position is so important, you have to go back to the company's other financial numbers. Although revenue soared in the fourth quarter, expenses grew at an even faster rate. That's why Tilray's net loss increased. And those continuing losses are the reason Tilray must have a solid cash stockpile to fund operations.

The question investors are sure to ask is: Will Tilray's bottom line improve in the future? Yes, but there's no guarantee by how much or how long it will take for the company to get there.

Tilray stated that its net loss increased in the fourth quarter primarily because of higher spending on its expansion efforts, including beefing up its international teams and completing strategic acquisitions. While some of this increased spending won't roll over into future quarters, don't expect Tilray to reduce its costs significantly. Actually, they're more likely to grow.

CEO Brendan Kennedy said in the fourth-quarter conference call that the company will be "aggressively deploying capital" to establish larger operations in the U.S. and Europe. In particular, he said that Tilray will look at potential mergers and acquisitions that open up new territories, help the company boost its capacity, expand its brand offerings, or offer new, disruptive technologies.

As you might expect, Tilray's cash position will almost certainly decrease over the next few quarters. As the company continues to lose money and simultaneously makes strategic investments to expand, this seems inevitable. Tilray CFO Mark Castaneda confirmed this in the company's fourth quarter conference call, stating that the current amount of cash should be enough to fund its operations and expansion plans through the next 12 to 18 months.

As Tilray's cash stockpile decreases, its importance will increase. The lower Tilray's cash position moves, the sooner the company will need more cash. So far, Tilray hasn't taken the path of issuing new shares to raise capital and thereby diluting the value of existing shares. However, that's always an option for the company.

Although Tilray's Q4 revenue and net loss are key figures to know, they're only snapshots of the past. The company's cash position will help shape what Tilray looks like in the future.