With its simplification transaction complete, the newly named Western Midstream Partners looks like a compelling option for income-seeking investors.

Most investors probably haven't heard about Western Midstream Partners (WES 0.85%) yet. That's not a surprise since the company recently assumed that name after the former Western Gas Equity Partners closed its merger with Western Gas Partners to form one stronger, simplified midstream entity. There's a lot to like about the new-and-improved Western Midstream Partners, which is why income-focused investors should take a closer look at the company and its 7.5%-yielding distribution.

Oil giant Anadarko Petroleum (APC) formed the predecessor companies to Western Midstream Partners to build and buy the midstream infrastructure needed to support its U.S. drilling operations. Anadarko steadily sold its midstream assets to Western Gas over the years, which gave it the cash to fund its expansion initiatives. The companies recently completed their final drop-down transaction as Western Midstream bought Anadarko's remaining midstream assets for $4.015 billion in a deal that closed earlier this year. 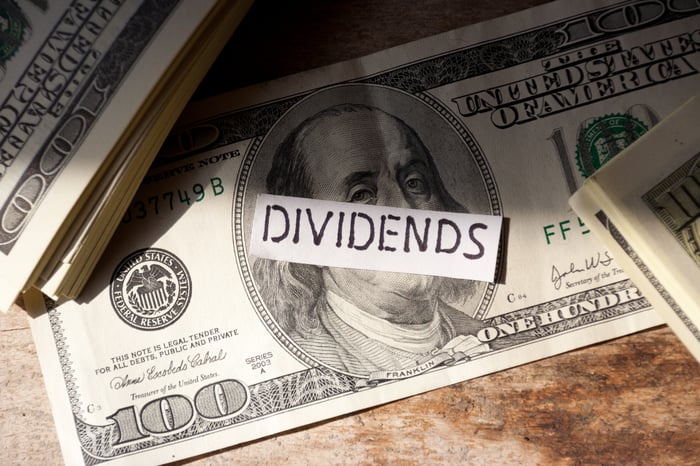 As a result of that deal, and the merger of the two former Western Gas entities, the new Western Midstream operates a large-scale gathering and processing business across several key regions. Its core areas are the DJ Basin in Colorado and the Delaware Basin in Western Texas and Southeastern New Mexico where the company expects to generate 37% and 40%, respectively, of its earnings this year.

Western Midstream has long-term, fee-based contracts in place with not only Anadarko but a variety of third-party customers, which provides it with predictable earnings. Because of that, Western Midstream expects to produce between $1.8 billion to $1.9 billion of adjusted EBITDA this year, which is a more than 50% improvement from 2018's total thanks to recently completed expansion projects and the dropdown deal with Anadarko.

That earnings forecast leads the company to believe it can generate enough cash flow to cover its high-yielding distribution by at least 1.2 times, enabling it to retain some money to finance a portion of its planned $1.3 billion to $1.4 billion of spending on growth projects in 2019.

What's ahead for Western Midstream Partners?

This year will be a heavy investment one for the company as it works on its current slate of expansions, focused mainly on the continued buildout of its gathering and processing footprints in the DJ and Delaware Basins. Those growth-focused investments should expand cash flow per unit at a double-digit annual clip through 2021 as additional volumes flow through its systems. That should support a mid-single-digit growth rate in the distribution even as coverage improves to more than 1.3 times in 2020 and 2021. That improving coverage ratio will enable the company to retain more excess cash so that it can finance future growth without selling any more units while also maintaining a strong balance sheet.

One question that remains, however, is where it plans to invest beyond this year, when capital spending should wind down. An analyst asked that question to management on the fourth-quarter call, and CEO Robin Fielder said, "We're always looking at projects that competed sort of a mid to high teens rate of return on an unlevered basis. And so we'll continue to look for that, and we've got plenty of running room as far as projects already slotted in our two key basins."

Securing additional opportunities, especially on projects backed by third-party customers, would enhance Western Midstream's ability to continue growing in the coming years. The company could expand by diversifying further into the midstream sector, such as by investing in more long-haul pipelines to transport oil, natural gas, and natural gas liquids out of the DJ or Delaware Basins. One way it could do that is by teaming up with other midstream companies that are developing pipelines since they have been increasingly willing to partner these projects to reduce risk and capital expenses. Adding some more long-haul pipeline investments would further diversify its operations and enhance its longer-term growth prospects.

Western Midstream recently completed its consolidation transaction and final dropdown acquisition from Anadarko, which transformed it into a large-scale midstream company that will pay an attractive and growing distribution. That combination of growth and income makes it an appealing company for dividend-seeking investors. However, its focus on gathering and processing and reliance on Anadarko does make it riskier than other options. Consequently, investors might want to keep it on their watchlist until it diversifies.

Why These High-Yielding Oil Stocks Are on Fire Today
411%