The stock market was mixed on Tuesday, giving up significant gains from earlier in the session but still reflecting optimism about the state of the economy and its prospects for growth. The Dow Jones Industrial Average had been up nearly 200 points at certain times during the morning, but investors seemed to get more nervous later in the day as some questions arose regarding the likely timeline of ongoing trade negotiations between the U.S. and China. Bad news also hit some individual stocks, and Del Taco Restaurants (NASDAQ:TACO), Covenant Transportation Group (NASDAQ:CVLG), and Grubhub (NYSE:GRUB) were among the worst performers. Here's why they did so poorly.

Shares of Del Taco Restaurants gave up 6.5% after the Mexican fast-food chain reported its fourth-quarter financial results. The company said that revenue rose 7% from year-ago levels on a 1.9% rise in comparable-restaurant sales, with particularly strong results from franchised locations. Yet even though adjusted net income rose by double-digit percentages compared to how Del Taco did a year ago, investors weren't happy with the guidance that the company gave for 2019, which included only modest sales gains on low-single-digit percentage comps growth. 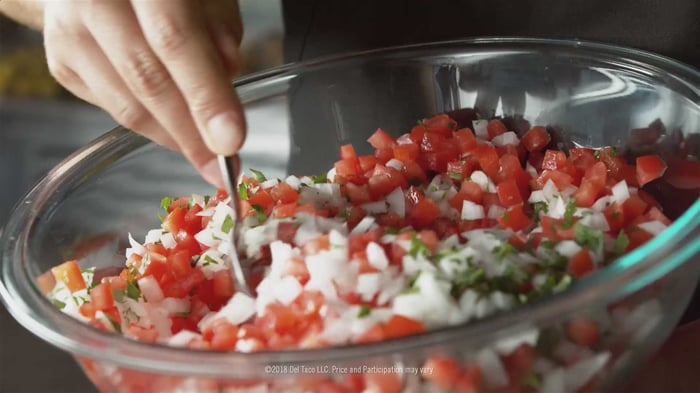 Covenant Transportation Group saw its stock drop 8% following an earnings warning from the trucking company. Covenant said that it has seen a weaker environment in the truckload freight arena from late January through the middle of March, blaming the partial government shutdown, tariff-induced inventory growth in late 2018, and bad weather during much of the period. That led the trucking company to expect earnings of $0.18 to $0.26 per share, which compares unfavorably to what most investors were looking to see. Add to that some fears about higher expenses that have been present since the company's most recent quarterly report, and it's easy to understand why Covenant's stock tumbled.

Finally, shares of GrubHub fell more than 8%. Stock analysts from KeyBanc gave a poor assessment of the food delivery company's competitive position, arguing that rival services like UberEats and DoorDash are attracting customers and taking away from GrubHub's overall business volume. Churn levels have been high, and KeyBanc expects that as consumers use multiple platforms, it'll be harder for GrubHub to sustain its past levels of growth. That's bad news for what was once seen as the dominant player in the space, and GrubHub will have to move aggressively to re-establish itself as the industry leader.