In a series of announcements over the last few days, Apple (AAPL 2.44%) has launched two new iPads and updated its iMac lineup. On Wednesday morning, the company is updating yet another product: its popular AirPods headphones. Second-generation AirPods give the tech giant's fast-growing wearables business a fresh catalyst to help it keep up its momentum.

The frenzy of new product releases comes ahead of Apple's March 25 event, which is rumored to focus primarily on new services. Apple's decision to bring new hardware to market through press releases while holding an event to announce services shows how priorities are shifting at the company. 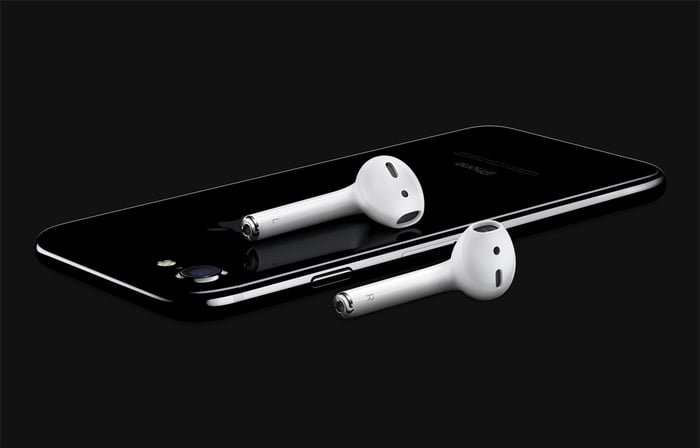 Other than a small LED light on the front of the new AirPods case to show the charge status, Apple's second-generation AirPods update solely focuses on the device's guts, just as was the case with Apple's iMac updates yesterday.

The new AirPods come with a new Apple-designed H1 chip, which was "developed specifically for headphones, [and] delivers performance efficiencies, faster connect times, more talk time and the convenience of hands-free 'Hey Siri,'" Apple explained in its press release about the new device.

In addition, the new AirPods feature a wireless charging case. The previous charging case for AirPods required users to plug it in.

A wireless charging case for AirPods is a good sign that Apple's long-overdue wireless charging accessory, AirPower, may finally launch soon. When the company showed off the device at an event, it was able to wirelessly charge the iPhone, Apple Watch, and AirPods simultaneously. The accessory was initially supposed to launch in 2018. 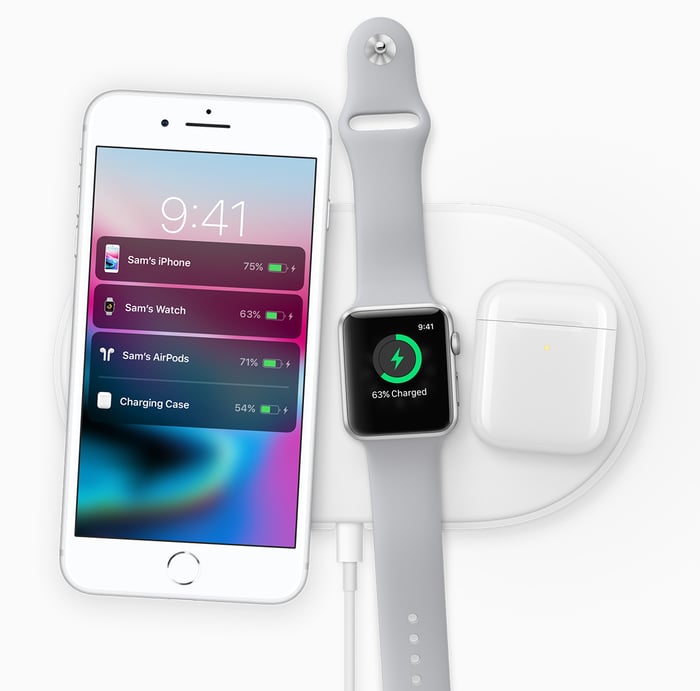 For now, Apple says the new wireless charging case can be charged with Qi-compatible solutions.

Apple has seen rapid growth in its wearables device sales, which include its Beats products, AirPods, and Apple Watch. Indeed, revenue in the business rose 50% year over year in Apple's first quarter of fiscal 2019. The broader segment Apple's wearables products fall into -- wearables, home, and accessories -- saw revenue increase 33% year over year to $7.3 billion, clocking in higher than Apple's iPad segment and only slightly behind Mac.

Though Apple's wearables business remains a key driver, the company clearly wants investors to focus on its fast-growing services business. Apple is expected to launch both a streaming-video service and a news subscription service at its event on Monday.