Ford announced on Thursday that Tim Stone, a 20-year veteran of Amazon.com (AMZN -2.69%) who was most recently CFO of Snapchat parent Snap (SNAP -5.20%), will step into its top finance job on June 1.

He will succeed the highly regarded Bob Shanks, who is retiring after 42 years at the Blue Oval.

From all appearances, Stone is an able executive with a deep finance background. But he's not exactly a traditional hire for an automaker. Here's what we know.

Who is Tim Stone?

Stone is a veteran executive with a strong finance resume -- but all of his experience is in tech. Stone, who trained as an accountant at the University of Southern California, rose through Amazon's ranks to serve as CFO of several of the online retail giant's businesses, including Kindle and Amazon Web Services. 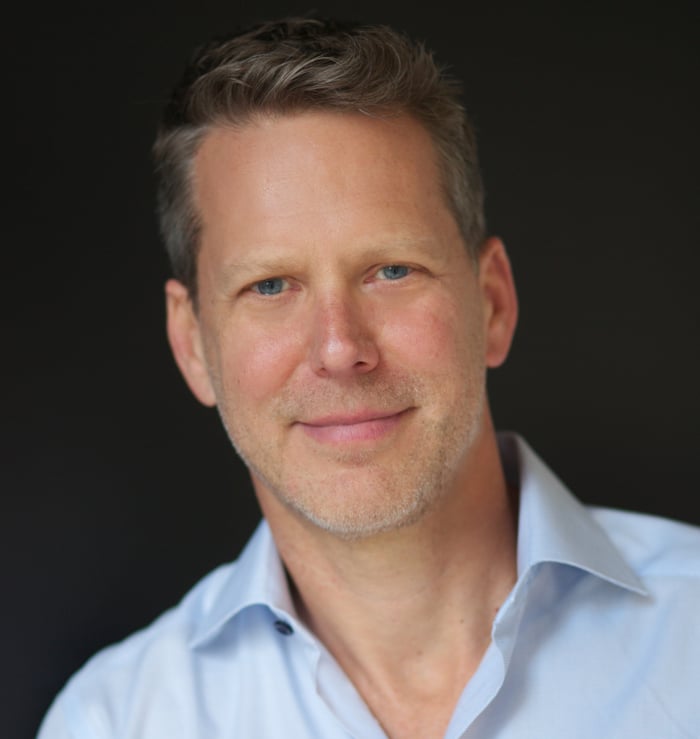 He left Amazon last May to become Snap's CFO, but that didn't last long: Stone joined the troubled company's executive exodus in January, leaving behind about $20 million in unvested stock options -- a big sum for an executive whose base salary was reportedly $500,000.

Stone will officially join Ford as a corporate officer on April 15, giving him some time to ramp up before becoming CFO on June 1.

Why is Bob Shanks leaving?

Simply put, it's time. Shanks is 66 years old, and there have been strong hints over the last year that he was ready to retire.

The timing is right from Ford's perspective, too. CEO Jim Hackett has begun a major overhaul of Ford in a bid to transform it into a company that will thrive in an era of self-driving and shared mobility. It would be helpful to have steady financial leadership as that transformation unfolds.

From all appearances, Shanks has ably prepared the company for the transformation ahead, and he will leave Ford's financial house in good order. He'll work with Stone between now and June 1 to get the new CFO up to speed, and then he'll remain at Ford working on "special projects" -- which will almost certainly include being an ongoing resource for Stone, as needed -- until the end of 2019, the company said. 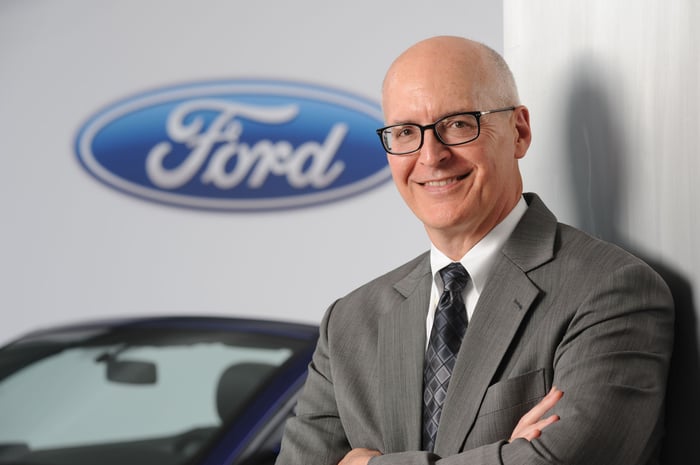 Bob Shanks, Ford's highly regarded CFO, will step down at the end of May. Image source: Ford Motor Company.

Sometimes, when a company tells us that an executive is "retiring," it's a nice way to say that they're being pushed out. But sometimes, "retiring" means retiring, and that seems to be the case here.

Does Stone have the experience for this role?

He will certainly have big shoes to fill. Shanks was a key architect of Ford's transformation under former CEO Alan Mulally, and he has played a big role in the ongoing corporate overhaul initiated by Jim Hackett. And he knew the ins and outs of auto-industry finance like few others, having spent his entire career at the Blue Oval.

Is Stone the right person for this job? On the one hand, he is certainly no stranger to big-company finances, and he's experienced and (by reputation) an able leader. On the other hand, this isn't Amazon: Ford doesn't move as quickly as the tech giant (though Hackett has been trying to change that); and auto manufacturing is a high-fixed-cost, low-margin business that requires careful management of inputs like exchange-rate fluctuations and commodity costs that may not have been major parts of Stone's brief time at Amazon or Snap.

The upshot: This is an eyebrow-raising move

Your humble Fool can't help wondering whether Stone was hired because Hackett, a big thinker enamored of fast-moving start-up cultures, wanted to bring someone with a tech-company mind-set into Ford's leadership team -- and not because Stone has the experience that one might want to see in someone who will manage the complicated nuances of auto-industry finance.

That's not a knock on Stone, who seems quite capable generally. And with Shanks sticking around a while to help him ramp up (and with Shanks' excellent finance team supporting Stone once he take over), this may work out quite well.

But this is a huge company with complex finances that will need careful management -- not just through Hackett's transformation but through the next recession, whenever it arrives. How quickly can Stone get up to speed, and how well will he execute when the waters get choppier?

As a Ford shareholder, I'll be rooting for him. But it's going to be an interesting few months.