Think SUVs are king and sedans are dead? Not quite, says GM.

General Motors (GM 0.14%) took the wraps off its all-new Cadillac CT5 sedan earlier this week. The CT5 is a midsize luxury sports sedan that will replace the CTS when it arrives at U.S. dealers later this year.

For GM investors, the new Caddy is an intriguing bet. While rivals like Ford Motor Company and Fiat Chrysler Automobiles are cutting their sedan models to focus on bigger-selling SUVs, GM thinks there's still money to be made in the sedan market, particularly with a luxury model that's also fun to drive.

Is it right, and is the CT5 the right product to boost Cadillac's fortunes? Here's what we know so far. 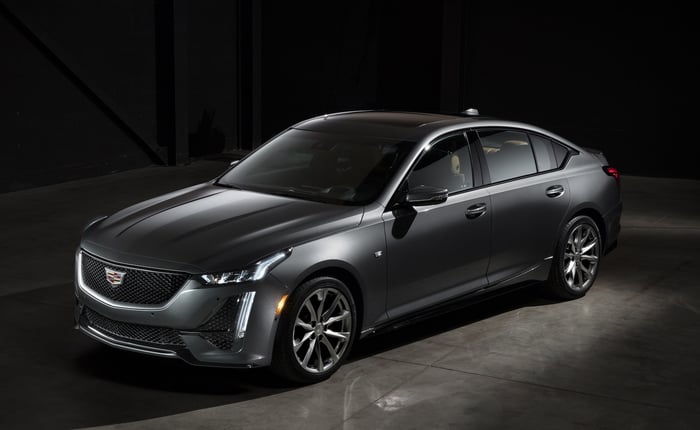 The Cadillac CT5 is a midsize luxury sports sedan that will replace the CTS when it arrives later this year as a 2020 model. Image source: General Motors.

What it is: a new luxury sports sedan in the midst of crossover fever

I should say this up front: We don't yet have all of the details on the new CT5. GM plans to officially present the new Cadillac at next month's New York International Auto Show. There are some key details we won't know until then (including, for instance, the new car's pricing.)

But we do know that the CT5 is based on "an evolution" of GM's well-regarded Alpha vehicle architecture, with styling that draws on the themes introduced on the Cadillac Escala show car in 2016. GM's current Alpha-based models include the Cadillac ATS and CTS sedans, as well as the Chevrolet Camaro: All three are rear-wheel-drive models (all-wheel drive is an option on the Cadillacs), and all are held in high regard for their nimble handling characteristics.

Like other recent Cadillacs, the CT5 will be offered in two distinctive flavors, called "Luxury" and "Sport." Both will come standard with a 2.0 liter turbocharged four-cylinder engine, with a 3.0 liter twin-turbo V6 optional. Both engines will be mated to GM's 10-speed automatic transmission. (There's no option for a manual transmission.)

All of the current Alpha-based models are built at GM's Lansing Grand River factory in Michigan, and the new CT5 will be built there as well. GM previously announced that it will invest $211 million to retool the factory for the CT5. It'll go on sale in the U.S. this fall as a 2020 model. Here's what Cadillac has been struggling with: Both the CTS and the (smaller, but closely related) ATS sedans were praised highly when they were first introduced, but sales have gone downhill for five years in a row. 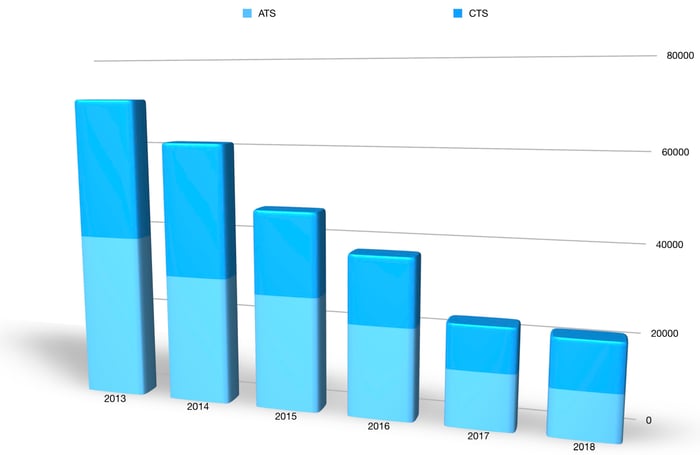 If we fold in Cadillac's other sedans, the also-highly praised CT6 and the big-and-cushy XTS, the picture isn't any better. 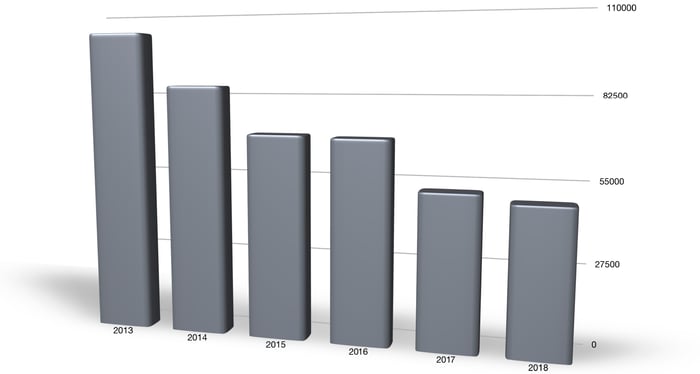 So why not just dump the sedans altogether? I think that GM has probably done some market research that confirmed that some Cadillac customers still want sedans. I think it also realizes that while sedan sales have fallen sharply as more buyers have turned to crossover SUVs, there's still a good, profitable market for sedans that people enjoy driving.

It's clearly counting on the CT5 to be that kind of sedan. If GM has played its cards well, then the CT5, along with an upcoming one-size-down sedan called the CT4, will deliver a driving experience that's at least as exciting as those delivered by the outgoing CTS and ATS. Hopefully for shareholders, the new Cadillac sedans will also deliver fatter profits to GM's bottom line. We'll know more when we get the full story on the new CT5 next month.